To get you ready for the week, Discovery Channel has teamed up with the Georgia Aquarium to watch real sharks live 17 hours a day. 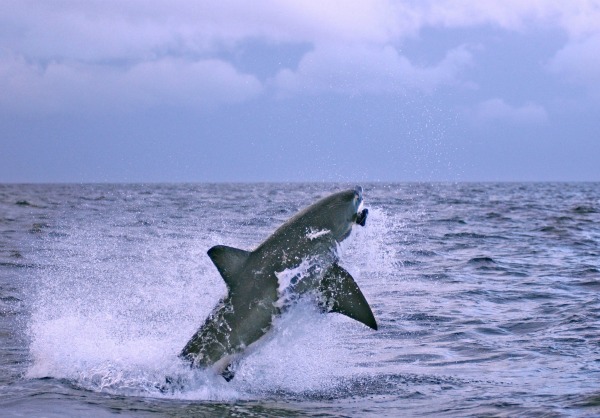 This Sunday starts the week that shark fans and shark-fearers alike wait for all year. It’s Shark Week, starting August 12 on the Discovery Channel.

But this year is special. The series is celebrating its 25th anniversary this year, and to do that, they have set up a partnership with the Georgia Aquarium.

“The camera is in the Ocean Voyager exhibit at the Atlanta aquarium, which features thousands of animals,” said The Huffington Post.

The cam is a 360-degree view that you can spin around with the click of your mouse.

“The Ocean Voyager exhibit was specially designed to house whale sharks, the largest fish species in the world,” said the aquarium. “Schools of jacks, squadrons of small and large stingrays, enormous goliath grouper and sharks all ply the waters of this ocean habitat containing more than six million gallons of saltwater.”

According to the Discovery Channel, Shark Week is a learning tool to teach everyone about the beauty of all sharks.

“Dive into this comprehensive guide to sharks,” said the network. “Learn over 100 shark facts, how conservation efforts are being made to save sharks and view photos of these amazing creatures.”

The Georgia Aquarium is considered one of the top aquariums in the country, and the cam is in an exhibit that houses multiple animals.

“You will see whale sharks, manta rays (the only manta rays in a U.S. aquarium, ever), and thousands of other animals, including sharks, rays, grouper, guitarfish and more,” according to the aquarium.

If you can’t wait until Sunday, the shark cam at the aquarium is live from 6 a.m. to 11 p.m. EDT, until the end of August.

Sunday night after you watch the Closing Ceremonies of the Olympics, don’t forget to get your shark fill over on the Discovery Channel.

You can watch the live web cam here.