Ryan Lochte most definitely thinks it’s okay to pee in the pool. He’s even taking his mission worldwide with a new book and non-profit. He’s joking, but we love a guy who can make fun of himself. 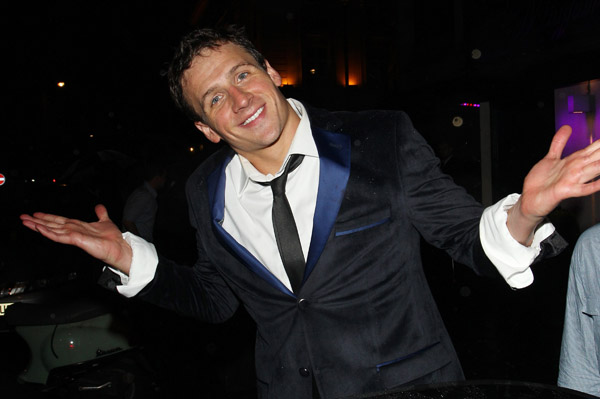 We all died a little inside when Olympic gold medal winner Ryan Lochte admitted to Ryan Seacrest that he pees in the competition pool.

“Of course,” the 27-year-old connoisseur of Jeah! said. “I think there’s just something about getting into chlorine water that you just automatically go. [I didn’t] during the races, but I sure did in warm-up.”

Naturally, those comments went viral. Now, Lochte is making fun of the whole thing with a new Funny or Die video. In the “LOCHTv” clip, he jokes that he only pees in the pool — and nowhere else.

Ryan Lochte’s one night stands? Dear mom got it twisted >>

“Yes, I can only pee in the pool,” he cracks. “If I see a toilet, I’m definitely not peeing there.”

Why pools? “Like animals, they mark their territory, I pee in the pool,” Lochte says. “That’s my territory.”

That’s not all, though: He’s planning to help those less fortunate than him learn to pee in the pool. However, there’s one thing he won’t do: Poop in the pool, since “they shut down the whole pool” when one of those brown lumps are floating around.

What makes him such an expert in the subject? He’s a gold medal urinator, of course.

“I pee gold, when I’m a little dehydrated,” he jokes.

All kidding aside, Lochte told reporters that the whole pee debacle got way out on control. He’s not the only one who does it, either: Michael Phelps admitted to doing it as well.

“I think everybody pees in the pool,” Phelps, 27, told the Wall Street Journal. “It’s kind of a normal thing to do for swimmers. When we’re in the water for two hours, we don’t really get out to pee.”

So, exactly how much pee does a champion swimmer drink during a race? Not much, Phelps said.

“Chlorine kills it, so it’s not bad.”