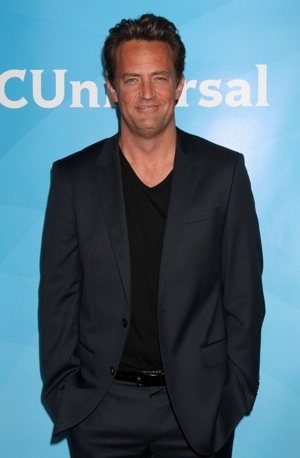 Wednesday night, NBC previewed the new comedy Go On. And thanks to its post-Olympics time slot it struck ratings gold.

During last month’s TCA press tour, NBC Chair Bob Greenblatt revealed plans to use the Olympics to market new shows. With the Summer Games winding down, they’re going to slowly introduce their regular programming to audiences. And in the case of Go On, it worked.

According to The Hollywood Reporter, Go On averaged 18.5 million viewers and received a 6.4 rating in adults 18-49. That’s 38 percent down from its lead-in, but still an impressive feat. The numbers measure the 11:04-11:30 p.m. slot, which experienced some overlap from sports coverage.

Chandler Bing back on TV! Matthew Perry returns to NBC >>

Go On will return next month, when it premieres at its regular day and time: Tuesday, Sept. 11 at 9 p.m. ET/PT. The series stars Matthew Perry as successful sportscaster named Ryan King. After his wife dies he’s pushed into mandatory grief counseling by his boss. The show will focus on his healing process in a comedic and off the wall way.

Another NBC newbie hoping similar success is Animal Practice. The sitcom stars Weeds alum Justin Kirk and Crystal the Monkey from The Hangover Part II and Community. Animal Practice will preview Sunday after the Closing Ceremonies.

Did you tune in to Go On last night?