Who Framed Roger Rabbit star Bob Hoskins has decided to retire for good, thanks to his recent Parkinson’s Disease diagnosis. 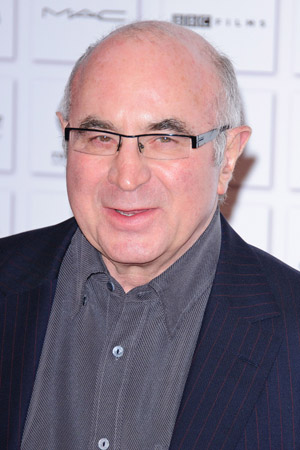 British actor Bob Hoskins, best known for his roles in films like Who Framed Roger Rabbit? and Mermaids, announced Wednesday that he’s retiring from the entertainment business to take care of his Parkinson’s disease.

“Bob Hoskins wishes to announce that he will be retiring from acting, following his diagnosis of Parkinson’s disease last autumn,” his publicist said in a statement.

“He wishes to thank all the great and brilliant people he has worked with over the years, and all of his fans who have supported him during a wonderful career. Bob is now looking forward to his retirement with his family, and would greatly appreciate that his privacy be respected at this time.”

The 69-year-old actor might have the degenerative nerve disease, but it’s not a death sentence. Several celebrities have been diagnosed with the disease, including champion fighter Muhammad Ali and Michael J. Fox.

Ali was diagnosed with Parkinson’s syndrome in 1984 after a long and successful boxing career. He’s weaker these days — and he can’t speak — but he is well enough to show off his sense of humor and appear at the 2012 Summer Olympics Opening Ceremonies.

“His memory is better than mine and he’s very sharp. His sense of humor is still there, too,” friend John Ramsey told the AP earlier this year of his 70-year-old friend.

Fox is still doing well, too — and he also has a sense of humor about his illness, though he did admit he had a problem with alcohol after his diagnosis.

“I don’t care,” he told the U.K. Guardian in 2009 of having the disease. “If I don’t get food in my mouth, I’m still happy. If my pants are round my ankles, as long as I don’t get arrested for indecent exposure, I’m happy. I’m worried about keeping my hair, not how it’s combed.”

Best of luck to Bob Hoskins for continued health and happiness. We’ll miss him in the movies.