Jordin Sparks is sharing the screen with the late, great Whitney Houston — and she’s sharing some details about what it was like to work with the icon while filming Sparkle. 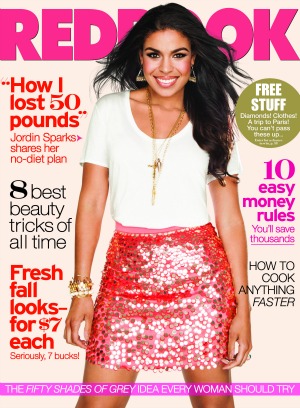 She was primed for a big-screen comeback in the girl group flick Sparkle, but Whitney Houston died tragically before the movie would see the light of day. Now her co-star Jordin Sparks is talking about what it was like to work with the late, great legend — and she says it was one of the greatest experiences of her life.

In an interview with Redbook, the American Idol winner said Whitney acted as a mother figure and made sure everything went smoothly.

“For me, she took on the mother role because my parents weren’t there [during filming],” she told the mag. “She was always asking: Did I feel comfortable? Did I need anything?”

Despite the film’s sometimes heavy subject matter, Sparks said the subject of Whitney’s troubled past never came up — not that the star would have shied away from the conversation.

“I can only talk about what I experienced. I do think there is a different aura around the film now. I think there was some skepticism before,” Sparks said. “And there are certainly some themes in the movie that everyone would have wanted to ask Whitney about like, ‘Did you relate your own life to this part,’ which I’m sure she would have answered honestly. The cool thing about Whitney was that she was not scared to talk about or confront the things she had gone through.”

“I get so overwhelmed because it’s my first film, and for my first film to be so deep and heavy… I got to work with one of my idols and sing with her, and she even played my mother. I don’t know if anything will ever be as good as this. Sometimes I ask myself, ‘Why did I deserve to have a part in a film like this?’ I don’t want this to come off crazy, but somebody said to me, ‘It’s like Whitney essentially passed the torch.’ And to hear that, it’s just nuts.”

For more from Jordin, go to www.redbookmag.com/jordin and pick up the September issue of Redbook, on newsstands Aug. 14.