Jack Osbourne is letting NBC have a piece of his mind! In reaction to their claims his MS diagnosis had nothing to do with being let go from a reality show, the new father has some choice expletives. Who do you believe? 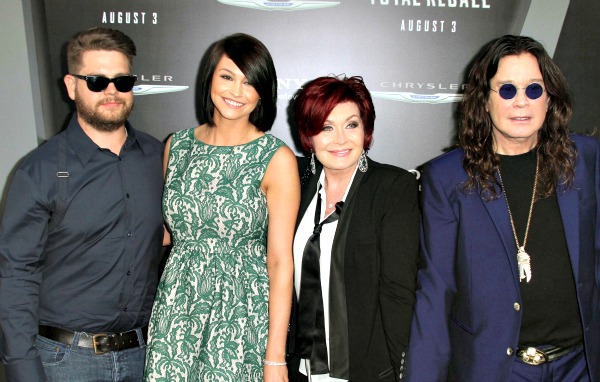 Jack Osbourne‘s spat with NBC has reached the boiling point! Let the expletives fly, because the son of Ozzy and Sharon Osbourne believes he was fired from an NBC show after revealing his MS diagnosis — and he won’t let the network get away with stating otherwise.

“NBC said they didn’t fire me over my diagnosis? bull-f**king-s**t,” Jack Osbourne tweeted Tuesday, linking to a statement from the peacock network. Hoping to start a hashtag trend and movement against the wrongdoers, he added “#boycottNCB.”

“I took part in a 16 hour challenge over 30 miles with a 40 pound ruck[sack] on my back in January. I had MS then,” Jack Osbourne said previously. “Don’t tell me [what] physically demanding is.”

Sharon Osbourne: The real reason I quit America’s Got Talent >>

“We hold medical information in strict confidence and therefore cannot comment specifically about Jack, but as a company that cares deeply about the health and safety of everyone on our shows — especially one like ‘Stars Earn Stripes’ that requires dangerous water stunts, strenuous physical activity, and uses live ammunition — we required all potential participants to undergo medical vetting to ensure that they could safely participate,” he said in a statement.

“Although we did not ask Jack to participate in the competition, we were able to offer him two substantial alternative roles on the show, both of which he declined. This network does not discriminate on any basis,” he continued.

Nonetheless, the Osbourne family is standing united in their belief NBC did Jack wrong. Speaking of the family (Jack, fiancee Lisa Stelly, Sharon and Ozzy Osbourne are pictured above on Aug. 1), one Twitter user wrote to Jack on Tuesday, “I love how your mom @MrsSOsbourne has your back. F**k @nbc stay Strong Pal.”

Who do you believe: Jack Osbourne or NBC?