Team USA track and field medal winners Dawn Harper and Kellie Wells are so not amused by the attention their non-medaling team mate Lolo Jones is getting. 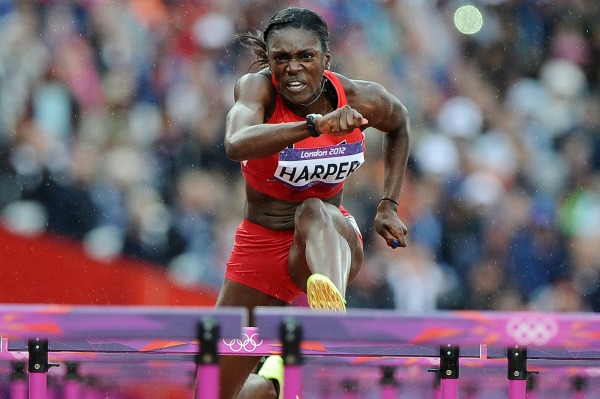 Quick, name the medalists of last night’s 100-meter hurdle race. Nope, not Lolo Jones. She didn’t make the podium — and the fact that everyone is talking about her instead of the real winners is really ticking them off.

Jones presents a compelling story for the media because she’s a 29-year-old self-proclaimed virgin who ain’t bad to look at — and her teammates resent her for it. Dawn Harper and Kellie Wells, who actually did medal yesterday, told MSNBC’s Michelle Beadle that they are so over the Lolo angle.

“I feel I had a pretty good story — knee surgery two months before Olympic trials in 2008, to make the team but 0.007, not have a contract… working three jobs, living in a frat house, trying to make it work,” Harper, who took the silver, explained. “Coming off running in someone else’s shoes getting the gold medal. Uhhh, I’d say I was pretty interesting.”

Tearful Lolo Jones: I’m not the Anna Kournikova of track! >>

“I just felt as if I worked really hard to represent my country in the best way possible, and to come way with the gold medal, and to honestly seem as if, because their favorite didn’t win all of sudden it’s just like, ‘We’re going to push your story aside, and still gonna push this one.’ That hurt. It did. It hurt my feelings. But I feel as if I showed I can deal with the pressure, I came back, and I think you kinda got to respect it a little bit now.”

“Well, I think that, on the podium tonight, the three girls that earned their spot and they got their medals and they worked hard and did what they needed to do, prevailed. And that’s all that really needs to be said,” she said.

Must be some thick tension in that locker room.