Randy Travis may have a country twang, but no doubt he’s singing the blues. As of Wednesday morning, the country crooner was still in custody in a Texas jail following his arrest. 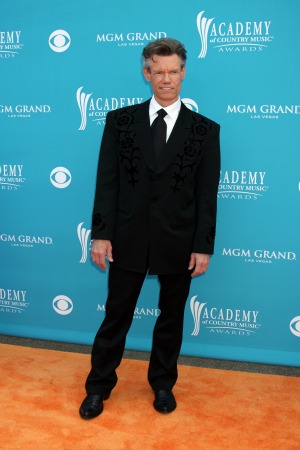 Country star Randy Travis was charged with both driving while under the influence and “retaliation and obstruction” after crashing his car on Tuesday night.

Luckily, it appears no other people were involved in the fender-bender that led to the singer’s arrest in Texas, where he owns a ranch near Dallas.

In an update Wednesday morning, TMZ reports Travis got popped on the “retaliation” charge after verbally threatening a cop during his arrest.

It wasn’t but six months ago — in February — that the troubled crooner was arrested on another alcohol-related charge.

That time around, police in Texas nabbed Travis on a public intoxication charge (outside a church, no less).

Video of his arrest went viral.

Police say Travis walked away from the crash with minor cuts and bruises. Let’s hope one of the most recognizable names in country gets help before he kills himself — or somebody else.