The gold-medal gymnast is all grown up now, and couldn’t be prouder of the current U.S. team. She shares her life after the Olympics in a new book. 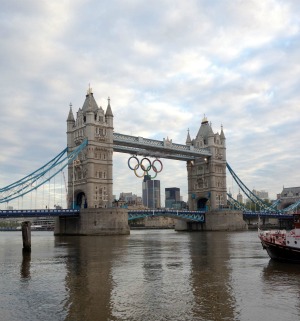 Dominique Moceanu was, for many, the face of the American gymnastics team in the 1996 Olympics. The gymnast was just 14 years old when she traveled to Atlanta for the games, and was a part of the “Magnificent Seven,” the first team from the United States to win gold in the gymnastics team competition.

“The Olympics is unlike any other competition you’ve ever been to,” Moceanu told Tierney Sneed with U.S. News & World Report. “Even as a 14-year-old, I knew the magnitude and spectacle of the Olympic Games.”

The chance to participate on their home turf that year was exciting for many Olympic athletes. For Moceanu, it was too. But there was also another side to it.

“There was a double-edged sword: We were competing in the United States, so there was that added pressure but there was also that added support,” she told Sneed.

Moceanu went through tough times after the 1996 games. She recently released her memoir, called Off Balance. In the book, she talks about her career, her family and her coaches.

After the Olympics, Moceanu said she experimented with drugs and alcohol and eventually ran away from home.

“Her father buried much of her earnings in an ill-fated gym, and their tumultuous relationship led her to file legal emancipation when she was 17,” said Sneed.

Her coaches were Bela and Marta Karolyi, famed for bringing many athletes to the Olympics, but also their tough coaching style. Moceanu told Sneed that her training consisted of physical and emotional abuse, and when she finally left she gained 30 pounds and grew 8 inches.

Marta is the 2012 United States Team Coordinator, but because of what happened in 2008, she is not on the floor this year.

“The fact that the National Team Coordinator was not on the floor during the Olympics was huge,” said Moceanu. “In Beijing, we saw her on the floor and she was not helpful to the team.”

Moceanu is moving on. She is married and is participating in gymnastics again. And of course she is watching the “Fab Five” at the London Games.

“I’m so proud of this team,” she said. “They’ve done such an incredible job.”

Off Balance: A Memoir was released June 12.