With the gold-medal match a day away, it has already been determined that the United States teams will get gold and silver. But which team will win is the big question. 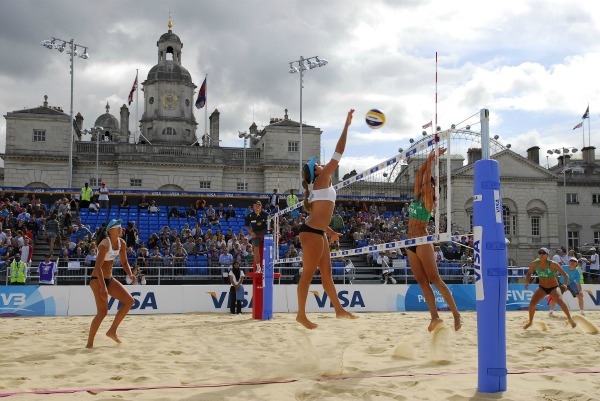 With a day left before the gold-medal winning match in women’s beach volleyball, the Americans know they will be getting the gold and silver at the Olympics.

That’s because both teams made it into the final match, so it’s a sure thing that the two United States women’s volleyball teams will be taking home the two top medals.

“We have a goal that we really want to accomplish and we’re planning on accomplishing it,” Walsh, 33, told Reuters.

Walsh and May-Treanor won their match today in the semi-finals over China, securing them a spot in the final match.

The Chinese team, Xue Chen and Zhang Xi, had reportedly not been doing well during the games, but that doesn’t mean Walsh and May-Treanor had it easy.

The Chinese jumped out in the lead quickly. Just a few minutes into the game, the score was 13-7. The team knew they couldn’t fold that easily and made a hard-fought comeback.

“We’ve had 11 amazing years together,” Walsh told Reuters. “We’ve been in every single situation. That was not a fun situation to be in but we have survived it before and we did it again tonight.”

The other American team won their match today too, a feat that was a long time in coming.

The Brazilian pair was the favorite to win the gold in Beijing but Silva was injured just before the games, leaving Franca with a new partner, said ABC. This was their Olympics to redeem themselves.