Joss Whedon and Marvel have unfinished business. The writer and directer behind their mega-hit The Avengers, is back for round two. There’s more story, more action and new villains set for the superhero sequel. 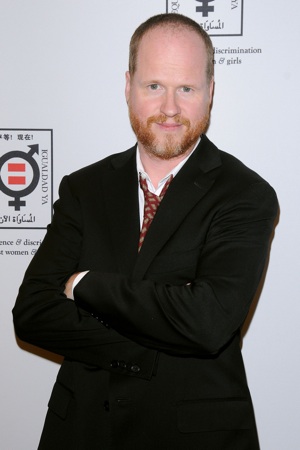 Disney is holding on to a good thing. Along with Marvel Studios, they’ve produced the highest-grossing film of 2012 [so far] — The Avengers. It was such a success, that they’ve rehired director Joss Whedon for its sequel.

While on a conference call with analysts discussing the company’s latest earnings, Disney chairman Bob Iger broke the news.

He confirmed that Whedon would return to both write and direct The Avengers 2. It was a decision no one was surprised by.

Whedon’s comic background and knowledge of Marvel characters helped him craft one of the greatest superhero movies of all time. To date, The Avengers has a 92 percent rating on Rotten Tomatoes and has grossed nearly $1.5 billion worldwide.

The Avengers set to pass the $600 million mark today >>

The storyline for the first Avengers was left open-ended. Viewers were given a glimpse of a new villain, who we’ll see in the future — Thanos. But before the team can reassemble, they have some solo films to tackle.

The Marvel slate is already set with next year’s Iron Man 3 (May 3) and Thor: The Dark World (Nov. 8), followed by Captain America: The Winter Soldier (April 4, 2014) and Guardians of the Galaxy (Aug. 1, 2014). Not to mention Edgar Wright’s adaptation of Ant-Man, which currently has no release date.

Ant-Man is one of The Avengers‘ most popular members, but was noticeably absent from the film. Fans have been longing for his inclusion and the sequel might be his chance.