The wife of the presidential candidate is in London cheering on her horse in the equestrian competition. If the horse stays in, Romney’s VP announcement could be delayed. 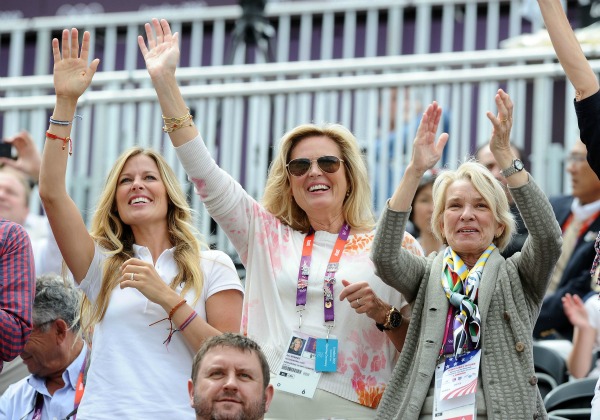 The equestrian dressage competition at the London Olympics has received special attention across the pond because of Ann Romney’s horse entering the competition.

“In dressage, the horse performs a carefully choreographed routine of movements that showcases the animal’s training: prancing trots, extended strides, twirling pirouettes and a move called the flying change, which looks like the horse is skipping,” said the Huffington Post.

Rafalca, co-owned by Mitt Romney’s wife Ann, entered the competition in this Olympics.

“Rafalca, the 15-year-old bay that has inspired political jokes about Mitt Romney’s wealth and Republican presidential ambitions, had a solid performance Tuesday, although rider Jan Ebeling said he wished the score of 69.302 percent could have been higher,” said the Huffington Post.

The score means Rafalca will not be advancing to the individual medal competition.

Ann Romney was reportedly in the stands during the performance, sitting in the VIP section.

“It was wonderful,” Ann Romney told the Huffington Post. “She was elegant and consistent again. We just love her.”

The news could be an important one in the world of politics, in a roundabout way. Mitt Romney is waiting to announce his vice presidential candidate until his wife is back at his side, and with the loss at the Olympics, Ann should be headed back to the United States very soon.

The announcement is a long time coming. The Republican National Convention is only weeks away and the candidate should be announced in advance of that. If the horse had done better, it could delay the announcement by at least a few days.

Romney has said he will be announcing his candidate through an app, although the word will spread through the media quickly and it is important for him to have his wife as his side.

Ebeling told the Huffington Post he will be working with Rafalca for a few more years, and then her owners will probably try to breed her.