Ann Curry was unceremoniously dumped from The Today Show after 15 years and given no real reason why. Was age discrimination to blame? 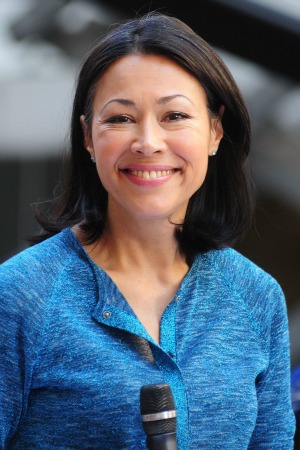 When Ann Curry was fired from The Today Show rumors flew that Matt Lauer hated her, that the ratings had taken a dive since she took the co-anchor chair, and that Savannah Guthrie was just younger and blonder and therefore somehow more palatable to the public. One or more of those things might be true, and an interview Curry gave to Ladies Home Journal shortly before she was let go hints at it.

The story in the mag is geared towards loving your brain more than your face and being valued for what you bring to the world rather than what you look like, but Curry also drops some heavy hints that this attitude was not exactly welcomed at NBC.

“My mother was big on beauty,” Curry told the mag. “She’d say, ‘Anna, how come you look so ugly? You dress like a boy. You not sexy nothing. Anna, fix hair. You cut the hair like a boy.’ She had this ancient view that a woman’s value was wrapped up in her appearance. But I never bought into that pressure to be pretty.”

“One day I wore a multicolored dress [on Today] and someone asked if I was trying to be Toucan Sam,” she said. “But I chose it because I thought, ‘This will perk up America.’ I’m encouraged by my bosses to wear these ridiculously high-heel shoes because women say, ‘I love your shoes!’ So if it makes women happy, I’ll wear them. But I’m still going to be me.”

“You worry, ‘Am I not good enough? Am I not what people need? Am I asking the right questions?’ When people say negative things or speculate, you can’t help but feel hurt. I know NBC pays my salary but I have never doubted who I work for. I think about the people who watch. They’re the ones who matter to me. I want to feel I haven’t dropped the ball when it comes to them.”

“I’ve got gray hair because I won’t dye it… I’m going to see how it goes. I don’t know if it’s going to be tolerated. I know women who work on TV haven’t been allowed to go gray in the past. But I think showing some gray is authentic.”

Sad. Curry makes a great point that despite marketing surveys, the real value of a woman lies in her ability to make the world a better place.

“Secretary of State Hillary Clinton took a stand recently by saying she didn’t have to wear makeup, that she wanted to be herself,” she said. “When someone like that says, ‘This is who I am,’ it gives everyone else permission to be who they are as well. And who we are is powerful, especially when we are connected to each other. I think the reason why we’re not yet fully in charge in this country is not only because we’re being held down, but because we’re not holding one another up. Once we start holding each other up, we’ll be unstoppable.”

Curry is still on contract with NBC despite being canned from The Today Show and is rumored to be helping out with the network’s closing coverage of the Olympics.