The TV gods have answered our prayers. Arrested Development is back! The original cast and crew of the revered comedy is gearing up for a new season. Jason Bateman and company are going to work. 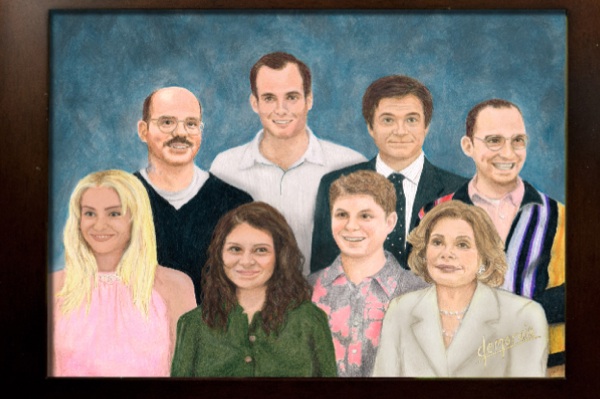 It’s been six years since Fox pulled the plug on Arrested Development. It was a decision they’d never live down. The comedy starred several familiar faces like Jason Bateman, Portia de Rossi and a young Michael Cera. A pre-Superbad Michael Cera.

The show was created by Mitchell Hurwitz and executive-produced by Ron Howard, who was also its narrator. It ran for three memorable seasons before getting axed due to low ratings. Since that fateful day in 2006, fans have been clamoring for a reunion and they’ve finally got it.

Signs point to a television return of Arrested Development >>

On Tuesday, Aug. 7, 2012, the cast of Arrested Development reported for duty on a new season. That includes the full roster of Bateman, De Rossi, Cera, Jeffrey Tambor, Jessica Walter, Will Arnett, Tony Hale, David Cross and Alia Shawkat. The Bluths are really back. Even Ron Howard returned to lend his famous voice.

Ron Howard dishes The Dilemma and life behind the camera >>

What can we expect from the new season? It will consist of 10 episodes (distributed by Netflix) that will each focus on one character. It’s designed to fill in the gaps of what’s happened since the last time we saw them. How has each character changed? Are they still getting into the same trouble? It may also bridge the events between the Fox show and the rumored Arrested Development movie.

If these episodes are successful, there could be more in our future. According to Deadline, Hurwitz would be open to another season if there’s a demand.

Are you pumped for more Arrested Development?