Moviegoers in Santa Monica thought they were going to see The Shining, but instead were treated to a double feature of the long-awaited Scientology flick The Master, more than a month before its release. Fans even shared the secret screening with the director behind the controversial film starring Philip Seymour Hoffman. 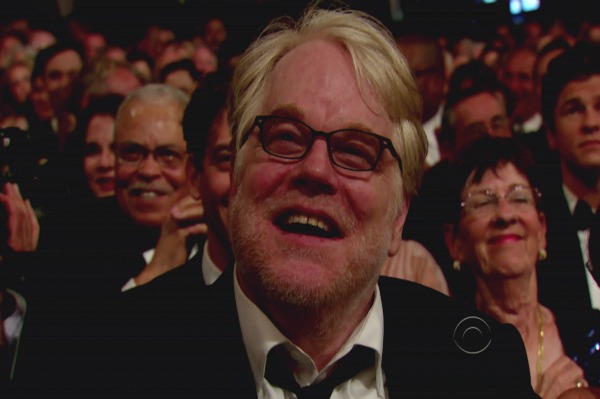 As if the secret screening of The Master wasn’t enough for unsuspecting moviegoers at the Aero Theatre in Santa Monica, California, director Paul Thomas Anderson inspired another freak-out by actually attending the surprise screening.

The brains behind There Will Be Blood and Magnolia was on hand for the Friday evening showing with wife Maya Rudolph.

Earlier this summer, it was reported The Master would not hit theaters until October. Since then, it appears the premiere has been moved up to Sept. 14 — but what’s another month’s wait when the film has literally been years in the making?

Variety reported way back in 2009 that PTA was working on a project that sounded strangely like the history of Scientology, the controversial religious movement that boasts Tom Cruise and John Travolta as its most famous members.

In fact, Philip Seymour Hoffman plays Lancaster Dodd, who Business Insider describes as a “disillusioned scientist and writer who decides to create his own religion and help an unstable drifter played by Joaquin Phoenix.”

Basically, to anyone who knows anything about Scientology’s fascinating roots, this sounds an awful lot like founder Lafayette Ron Hubbard.

Hubbard, too, claimed to be a number of things he was not, including a nuclear physicist.

It’s also widely reported that Hubbard told confidantes he was starting a religion as a means to make money. And Scientology’s auditing practices no doubt come with a big price tag.

Even Dodd’s wife, played by Amy Adams, is named Mary Sue — just like one of Hubbard’s wives, who also was a redhead.

After picking their jaws up off the floor, moviegoers tweeted #THEMASTER, with many raving that it’s the best PTA flick (and Hoffman performance) ever.

“Possibly the best film watching experience I’ve ever had. PTA’s best. Not a doubt in my mind.”

“THE MASTER is…interesting…I’ll be thinking about it for days #THEMASTER70MM J Phoenix and P S Hoffman are out of this world.”

“Just saw ‘The Master’. A movie has never made me feel quite like this one did. I can’t describe it or even rate it. I am speechless.”

“The Master was amazing. Oscars all over this one.”

While reviews from critics at Cannes and “everyday” moviegoers are floating around “Oscar,” there is keen competition from the likes of Lincoln — the film about Honest Abe starring none other than Daniel Day-Lewis, who was also featured in PTA’s There Will Be Blood.