The head of Team Cameroon is confirming the rumors that the Games have “lost” seven members of the African country’s Olympic team. 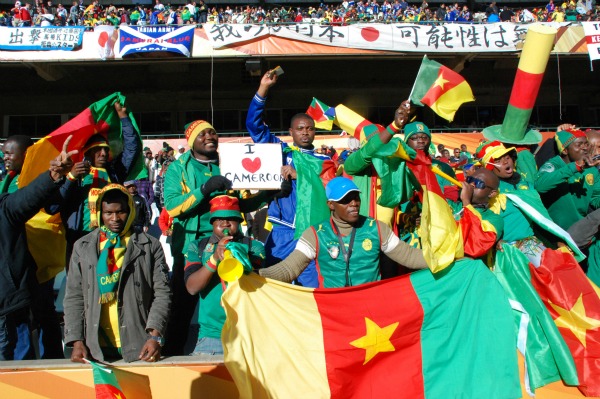 On Monday evening, Team Cameroon mission head David Ojong alerted the country’s sports ministry that five boxers, a swimmer and a soccer player have gone missing at the Summer Games in London. Apparently, Ojong’s statement was the first time the International Olympic Committee had heard of the seven missing Cameroonians as well.

“We are unaware of it,” IOC spokesman Mark Adams said, by way of Reuters.

Very much aware of the missing athletes, Ojong reports women’s soccer player Drusille Ngako was the first to go MIA.

She went missing before the team’s match with New Zealand last month.

A few days after Ngako’s departure from Olympic Village, swimmer Paul Ekane Edingue also went missing after he failed to qualify for a medal in the men’s 50-meter freestyle, according to Inside the Games.

In all, the country on the west coast of central Africa had 60 athletes competing at this year’s Games.

Many outlets are speculating that the Olympians fled the Village and have no intention of returning to the republic in central Africa for “economic reasons.”

It’s believed the athletes will seek asylum in the U.K.

The average life expectancy is 54 years, with the CIA noting its comparison to other countries that take “excess mortality due to AIDS” into account, as well as higher infant mortality and death rates.

While the most dramatic “Where’s Waldo?” moment of the Games thus far, it’s not their first; triple-jumper Phillips Idowu was reported missing last week after severing ties with his coach.

He later showed up, but failed to qualify for the final despite being a gold medal contender.

Athletes are going missing almost as often as feuds are erupting on Twitter at this year’s Games.