Sacha Baron Cohen is a man on a mission. He’s about to poke fun at the biggest spy in the film world. Is it Mission Impossible’s Ethan Hunt? Nope. It’s Daniel Craig’s alter ego, James Bond. 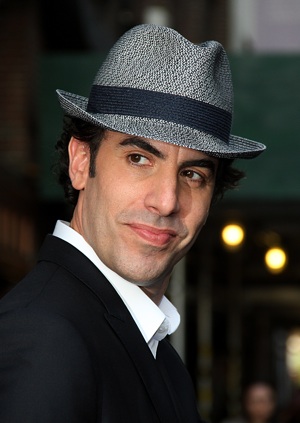 The world’s most famous agent has met his match. Sacha Baron Cohen is taking on James Bond — in a spoof!

The actor is known for his over the top characters such as Borat, Bruno and Admiral General Shabazz Aladeen from The Dictator. Now, we can add a “007” knock-off to his growing roster.

According to The Hollywood Reporter, Cohen and his partner Phil Johnston have sold a pitch to Paramount Pictures for a comedy centering on a James Bond-like character. In the film, the spy “is forced to go on the run with his long-lost brother, a moronic soccer hooligan.”

How long will Daniel Craig continue to play James Bond? >>

Even though Cohen came up with the idea, he’s not locked into the role. His taking the lead depends on his availability. He’s a very busy man. He’s currently attached to an untitled Sherlock Holmes project, as well as the long-awaited Freddie Mercury biopic.

This is a timely pick by Paramount, who’s probably riding the wave of Bond’s recent publicity. The latest film in the series, Skyfall, is slated to hit theaters in November. A new trailer was just released and Bond (Daniel Craig) even had a part in the opening ceremony of the 2012 London Olympic Games.

It looks like Cohen’s just striking the iron while it’s hot.

Are you ready for another Sacha Baron Cohen spoof?