Dutch bronze-medal winner Edith Bosch may have been at the right place at the right time. When a man threw a bottle onto the track as the 100-meter final was about to start, she took things into her own hands. 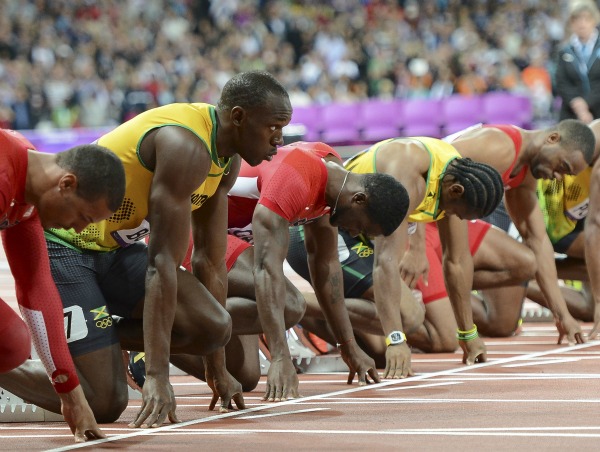 Olympic athletes have done more than just compete at the London Games. For many, they have been spectators as well — especially after their events are complete.

After Olympian Edith Bosch won her bronze medal in judo, she decided to attend the men’s 100-meter sprint final on Monday. She may have just been in the right place at the right time.

Just as the racers were lining up, a drunk man in the crowd allegedly threw a bottle at the starting line.

“A man was in police custody on Monday after being arrested for throwing a bottle onto the track just as the men’s Olympic 100-meter final was about to start, London police said,” according to the Sydney Morning Herald.

But that was only half the story. After the race, Dutch bronze medal-winner tweeted about the incident.

“A drunken guest throws a bottle for me on the track! I have beaten him… unbelievable! #angry #disrespectful,” the New Zealand Herald translated the message to English.

According to the Telegraph, another spectator tweeted: “So a drunk p—- actually threw a bottle onto the track as 100m started! He got punched by Dutch judo bronze medallist Edith Bosch tho.”

Many of the runners said they did not hear the bottle drop.

The bottle landed in lane five said the Sydney Morning Herald, just behind Jamaica’s Yohan Blake, who went on to take silver in the race.

A police spokesman told the paper that the man is being held in a London jail on suspicion of causing a public nuisance.

Blake’s teammate, Usain Bolt, went on to win the gold and set a new Olympic record. When asked, he said he had not heard the nuisance either.

Other Olympic spectators should be wary — if you are going to cause a nuisance, make sure you are not sitting next to one of the best fighters in the world.