Attention Leonardo DiCaprio fans. We’ve got some bad news. You’ll have to a wait a little longer to see his golden locks in The Great Gatsby. Baz Luhrmann’s 3D adaptation has been pushed back. 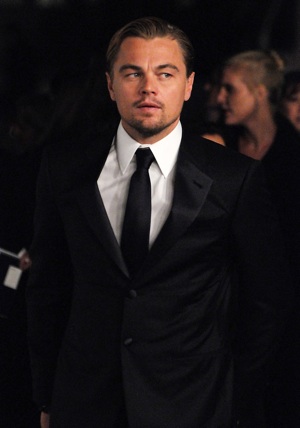 This winter, moviegoers won’t get a double dose of DiCaprio. The actor had two December releases on his schedule: Quentin Tarantino‘s Django Unchained and Luhrmann’s The Great Gatsby. But only one will honor its date.

According to The Hollywood Reporter, The Great Gatsby has been pushed back to summer 2013. It’s an interesting move considering that’s blockbuster territory. Most Oscar-worthy films debut during the latter part of the year.

Leonardo DiCaprio is smoldering in The Great Gatsby trailer! >>

In a statement, Warner Bros. president of domestic distribution Dan Fellman said, “Based on what we’ve seen, Baz Luhrmann’s incredible work is all we anticipated and so much more. It truly brings Fitzgerald’s American classic to life in a completely immersive, visually stunning and exciting way. We think moviegoers of all ages are going to embrace it, and it makes sense to ensure this unique film reaches the largest audience possible.”

If the film stuck with its original release date, DiCaprio would have gone head-to-head with his own performance. Both Django Unchained and The Great Gatsby were set for Dec. 25. The actor plays a very different character in each, but maybe the studio didn’t want to risk it?

Leonardo DiCaprio is the Candie Man >>

While Gatsby takes a backseat this awards season, its competition is staying put. There’s still Paul Thomas Anderson’s The Master (Sept. 21), Argo (Oct.12), which is directed by and stars Ben Affleck, the Wachowskis Cloud Atlas (Oct. 26) and The Hobbit: An Unexpected Journey (Dec. 14) from Peter Jackson.

First trailer for The Hobbit arrives >>

What do you think about The Great Gatsby’s delay?