Elton John’s feud with Madonna is heating up again — and this time he really lets her have it, devolving to name-calling all in defense of his baby’s godmother. You may have heard of her: Lady Gaga. 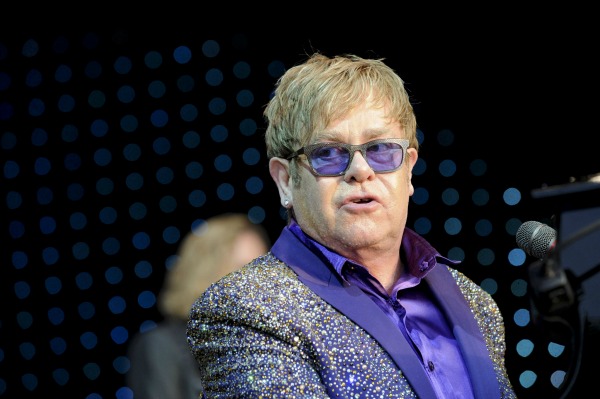 The greatest feud in pop music is heating up again. The ever-colorful Elton John is back to bashing Madonna — and this time he’s whipping out the big guns.

In an interview with Australian television’s Sunday Night, the “Rocket man” singer called the Material Girl a few choice names, none of them fit for a mainstream publication.

“Why is she such a nightmare?” he asked. “Sorry, her career is over. Her tour has been a disaster and it couldn’t happen to a bigger c***.”

Elton John to Madonna: Make sure you lip-sync good >>

“If Madonna had any common sense she would have made a record like Ray of Light and stayed away from the dance stuff and just been a great pop singer and make great pop records, which she does brilliantly.”

“But no, she had to go and prove… she looks like a f***ing fairground stripper. She’s been horrible to Gaga.”

Madge famously accused Lady Gaga of swiping her song “Express Yourself” for the hit “Born This Way.”

“I thought, ‘What a wonderful way to redo my song.’ I mean, I recognized the chord changes. I thought it was… interesting,” the pop queen said.

John has frequently defended Gaga against Madge, and his husband David Furnish even got involved with a Facebook post after Madonna won a Golden Globe for her song “Masterpiece.”

“Madonna. Best song???? F**k off!!!” he wrote. “Madonna winning Best Original Song truly shows how these awards have nothing to do with merit.

Her acceptance speech was embarrassing in its narcissism. And her criticism of Gaga shows how desperate she really is.”

But on the subject of Lady Gaga he is decidedly gentler. The two are great pals, and Gaga is even the godmother of his young son Zachary.

“She’s great,” he said. “Wherever she is in the world she sends texts to him. She asks ‘how is he?’ she comes and bathes him, she sings to him, she’s a good godmother and she really pays attention.”

Watch the complete interview with Elton John on Sunday Night: