Christopher Nolan’s farewell to his dark and brooding Batman trilogy proves a success with fans as The Dark Knight Rises took the number one spot at the box office for the third week in a row. 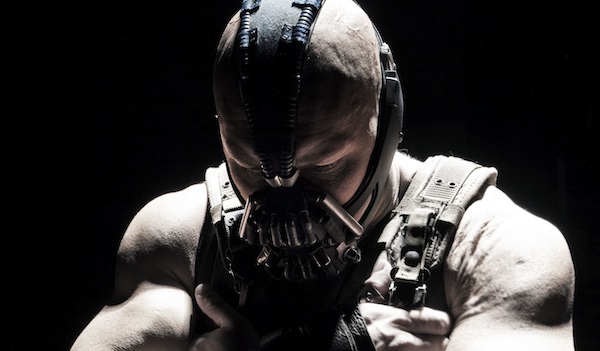 The Colin Farrell remake of the Arnold Schwarzenegger sci-fi hit Total Recall was no match for The Dark Knight Rises, which took the number-one spot at the box office for the third week in a row. The film grossed an estimated $36.4 million in box office returns, making this a lucrative finale to the Christian Bale Batman series, according to Deadline Hollywood.

Coming in second with $26 million at the box office was Total Recall, the reboot of the 1990 film of the same name which is based on a short story by Philip K. Dick. When a man realizes some of his memories might be fabricated, things get really complicated in this futuristic world.

Movie review: Total Recall is a heist at the memory bank >>

The other big new release out this week, Diary of a Wimpy Kid: Dog Days, the third installment in the teen angst series, came in third with an estimated $14.7 million in box office returns. School is out and it seems as though parents want to make this summer a drag for everyone involved. Time to revolt, wimpy kid!

The chilly adventure of Manny, Sid and Diego, Ice Age: Continental Drift, hangs onto a top spot — coming in at number four — with $8 million in box office returns. This animated adventure in the arctic is the fourth film in the kids series.

The A-list packed action comedy, The Watch, sunk to fifth place this week with an estimated $6.3 million at the box office. The film starring Ben Stiller, Vince Vaughn and Jonah Hill is about a group of neighborhood guys who band together to fight aliens. That’s suburbia for you — never a dull moment!

Coming in sixth with $5.4 million is the raunch-com, Ted, staring Mila Kunis and Mark Wahlberg. From Family Guy creator Seth MacFarlane, this story about getting rid of your childhood teddy bear to settle down and get married is as gross as they come.

Rounding out the top ten are Step Up: Revolution at seventh place with $5.3 million, The Amazing Spider-Man at eighth with $4.3 million, Brave at ninth with $2.8 million and Magic Mike at tenth with $1.3 million.