Kathryn Bigelow is tackling the war on terror. Her film, Zero Dark Thirty, introduces us to the brave souls who took down Osama bin Laden. And its first trailer is as cryptic as the mission itself. 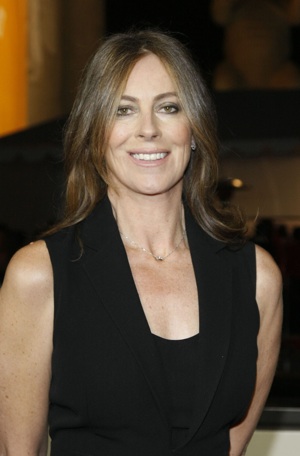 It’s called Zero Dark Thirty and centers on the search and death of one of the most dangerous terrorists in the world.

Women and the Oscars: 5 barrier breakers >>

Entertainment Weekly premiered the 75-second teaser that explores the film’s top-secret mission. Everything is blacked out, the actors’ faces are obscured and some of the footage is incoherent. It’s a tease in every sense of the word.

In an interview, Bigelow explained that even the title references the nature of the plot. “It’s a military term for 30 minutes after midnight, and it refers also to the darkness and secrecy that cloaked the entire decade-long mission.”

Why after The Hurt Locker would Bigelow and screenwriter Mark Boal do another military-centric film? Boal explained, “I’m fascinated by people who dedicate themselves to really difficult and dangerous things for the greater good. I think they’re heroic and I’m intrigued by them. I’m fascinated by the world they inhabit. I personally want to know how they caught bin Laden. All I can do is hope that it interests other people.”

Watch the first trailer for Zero Dark Thirty below:

The film opens in theaters Dec. 19.