Princess Diana passed away almost 15 years ago, but her memory lives on in brother Earl Spencer’s newborn daughter.

Related story Prince Harry Is Thriving On His 36th Birthday & Doesn't Miss His Old Life At All, Say Royal Experts 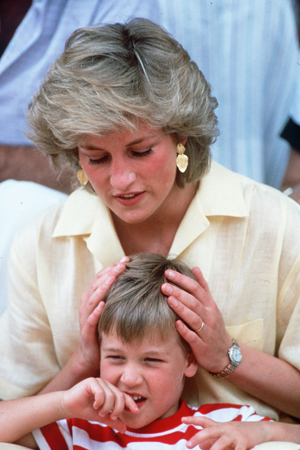 This month marks the 15-year anniversary of Princess Diana’s tragic death in Paris. The soft-spoken Princess is far from forgotten, though: Her beloved brother, Earl Spencer, just named his newborn daughter — his seventh child — after his late sister.

Lady Charlotte Diana Spencer was born on July 30 at the family home in Althorp, weighing in at 8 pounds, 14 ounces.

“She’s adorable — another feisty little Spencer girl. We hadn’t settled on a first name before the birth, but Charlotte is a name we both loved, and it really suits her. We knew that as soon as we saw her,” Spencer told the U.K.’s Daily Mail. “And, though it’s been 15 years since Diana died, I still miss her every day, and I very much wanted her commemorated in the naming of our daughter.”

Spencer might be able to look to his daughter to remember his sister, but her two sons — Prince William and Prince Harry — tend to keep their memories of her private. The princes broke their silence about their late mum in an interview with Katie Couric earlier this summer. William told Couric of his one regret about his wedding — that Diana couldn’t be there.

“I sort of prepared myself beforehand so that I was sort of mentally prepared … I didn’t want any wobbly lips or anything going on,” the 30-year-old said in June. “It’s the one time since she’s died, where I’ve … thought to myself it would be fantastic if she was here, and just how sad really for her, more than anything, not being able to see it.”

He also thinks his mother would have loved his wife, Kate Middleton.

“I think she … she would have loved the day and I think, hopefully, she’d be very proud,” he said. “I’m just very sad that she’s never going to get a chance to meet Kate.”