Pamela Anderson is serious about competing on Dancing with the Stars: All Stars. How serious? Well, she’s turning away from men so she can practice. 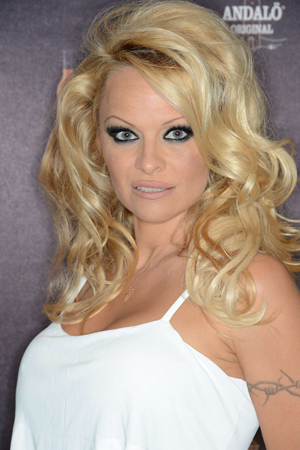 And how is she going to do it?

“I’ve sworn off men until November,” Anderson, 45, told People of her main training plan. The Canadian actress also plans to “rehearse a lot more and try to stay out of trouble because I’m a self-sabotager.”

She’s also enlisting the help of her two teenage sons, Dylan and Brandon, to rally her fans via social media.

“They are technically savvy and I’m not,” she said of her boys with ex-husband Tommy Lee. “Last time I didn’t ask a lot of people to vote for me.”

There is one thing she hasn’t sworn off, though: Her animal rights activism. The vegan and PETA supporter joined Sir Paul McCartney in protesting the severe abuse of a young elephant named Sunder.

“I am in tears over the plight of the little elephant, Sunder, who you so kindly gave to Jyotiba Temple with the best of intentions. … He is the age of one of my sons, and as sensitive as anyone’s child,” the former Baywatch star wrote in a letter to Vinay Kore, the leader of the Jan Surajya Shatki Party.

“Sunder must be rescued without delay. May everyone, including me, count on you, please, to save this youngster?”

We love to snark on Anderson, but she is doing her part when it comes to animals.

Do you think Pamela Anderson has a shot on Dancing with the Stars: All Stars?