For a 16-year-old gold medal winner, how does life change? For Gabby Douglas, it means not only endorsement deals but also being America’s new role model. 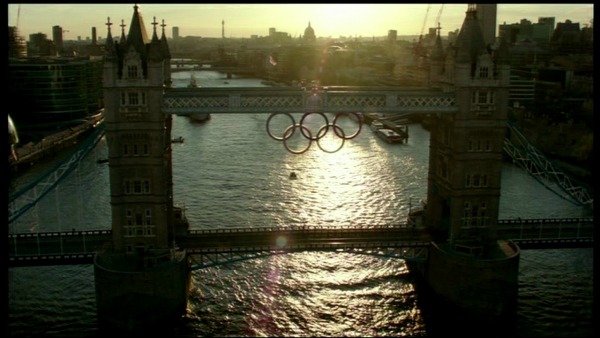 For one of the U.S.’s newest gold-medalists, life will never be the same.

Gymnast Gabby Douglas now has two Olympic gold medals, one in the team all-around and one in the individual all-around. The 16-year-old should be worried about high school and boys, but instead, she is thinking about how her life has changed in a very short time.

“Douglas’ gold medals have brought worldwide attention,” said Mark Emmert with USA Today. “She ranked as one of Google’s ‘Hot Searches’ last week (with more than 500,000 searches). Her all-around performance was featured on the front page of newspapers from Beirut, Lebanon, to Bogota, Colombia, to Bakersfield, Calif.”

Douglas has noticed the change in her life. Even in a foreign country she was spotted while walking down the street.

“‘I’m not going to be able to go anywhere without people noticing me,’ Douglas said Friday, telling a story about a couple that drove past her on a London street, figured out who she was, screeched to a halt and scrambled out of the car to snap a picture,” said Emmert.

“I’m definitely not going to escape it unless I wear a disguise. A mustache, a wig,” she added.

“Gabby Douglas is perfect for family oriented brands that are looking for someone that portrays all of those classic middle America values,” Robert Tuchman, a sports marketing analyst, told ABC News.

Tuchman said that she could bring in up to $10 million in endorsements in the next few years.

Douglas has already been featured on magazine covers, Sports Illustrated and Time, before the Olympics began, but now she is likely to be featured on many more. She will also be competing in two more competitions in the games — uneven bars and balance beam coming up this week.

Her grandmother, Carolyn Ford, said her family is excited at the success of her granddaughter.

After her gold-medal win, Douglas was the subject of conversation among some of the most powerful celebrities.

There is no doubt Douglas will be the topic of conversation for a while. She has time for at least a few more Olympics, and there is no saying what she can accomplish in that time.

“For Gabby, it’s less about the endorsement deal and the numbers she’s signing and more about ‘How many kids am I going to inspire?'” former Olympic gymnast Shannon Miller told ABC News.