When Schwarzenegger was younger, he was given a sentence for attending (and winning) Mr. Europe. So was it worth it to him? 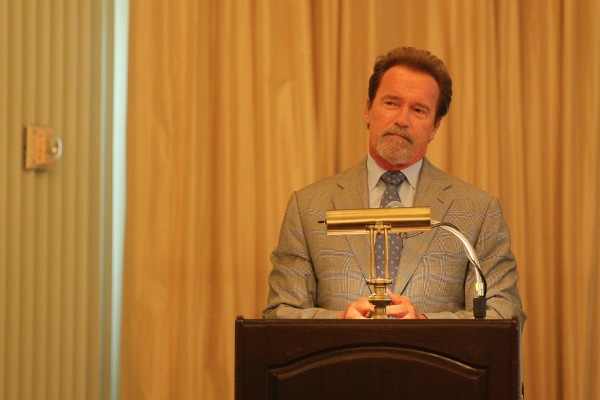 Former California governor Arnold Schwarzenegger said Friday he ended up in prison when he was younger because of his love of bodybuilding.

When he was 18 years old, one year in the military was mandated by his country. But while in the service, he wanted to participate in the Mr. Europe contest in Germany so he snuck out of his camp.

For the actor, taking the chance was worth it to him. He ended up winning the Mr. Europe contest, even though he was given “two or three days in army jail,” said The Washington Post. He said, though, the military officials were uncomfortable with the sentence and let him go.

In fact, they ended up being some of his biggest supporters.

“His army superiors ended up supporting his bodybuilding efforts,” said The Washington Post. “They created a makeshift gym for him and helped him get the food he needed to pack on 25 pounds of muscle in a year.”

Schwarzenegger later went on to become Mr. Olympia and Mr. Universe, eventually making his way to Hollywood and starting an acting career.

He said he never felt like he couldn’t do anything he wanted to do.

“I never saw a ‘no’ as a ‘no.’ I always heard ‘yes.’ Whenever someone said ‘It’s impossible,’ I heard ‘It’s possible,” according to CapitolColumn.com. “What was important to me was that I had a very clear vision of where I wanted to go. Since I was 10 or 11 years old I wanted to come to America, I wanted to be a body-building champion, the strongest man in the world and all those kinds of things.”

A new documentary about the actor’s life will be out soon on the ESPN website Grantland.com, said The Washington Post. The film will be a documentary called Arnold’s Blueprint and will be available online.

Schwarzenegger’s next movie, The Expendables 2, will be out August 17.