Even though Robert Pattinson has reportedly moved out of the home they shared, he and Kristen Stewart will need to move on and publicize the next Twilight film. 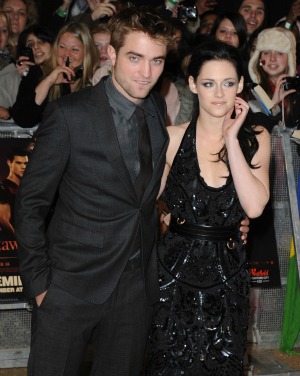 It’s been only a few weeks since Kristen Stewart admitted to cheating on her boyfriend, and Twilight co-star, Robert Pattinson.

It is now less than four months until the release of The Twilight Saga: Breaking Dawn (Part Two), so the inevitable is happening soon.

That inevitability is the promotion for the film, which will put the two exes next to each other. But the studio said that the slated promotion will be moving forward, no matter how awkward it may end up being.

“While it is studio policy not to comment of the personal lives of actors, Summit is moving full steam ahead and looking forward to this November’s opening of The Twilight Saga: Breaking Dawn – Part 2,” president of worldwide marketing for Summit Entertainment, Nancy Kirkpartrick, told Entertainment Weekly. “We are confident that the film delivers amazing entertainment for our passionate fans and general audience alike.”

Pattinson is said to be heartbroken over news that Kristen Stewart was cheating on him with her Snow White and the Huntsman director Rupert Sanders.

Moving “full steam ahead” will include the promotion for the film, something both actors will probably have to do together. This might be okay with Stewart, since Pattinson is reportedly not taking her phone calls.

“Rob is not taking Kristen’s calls and he isn’t much of a texter as they don’t text each other. Not only has he left the house they share but he is leaving the situation all together cold turkey to have time to himself and deal with it on his own terms,” a source told HollywoodLife.com. “He currently wants to be as far from Kristen symbolically and physically right now while he deals with what has happened.”

If Stewart is looking to get Pattinson back, the film could offer her the last chance to be in the same room as him.

The film is set to be released Nov. 16, so promotion for the film could start anytime in the next few months.