The princes talk about how proud they are of their country and their family. And how none of them knew Queen Elizabeth II was involved with the opening ceremony until it happened. 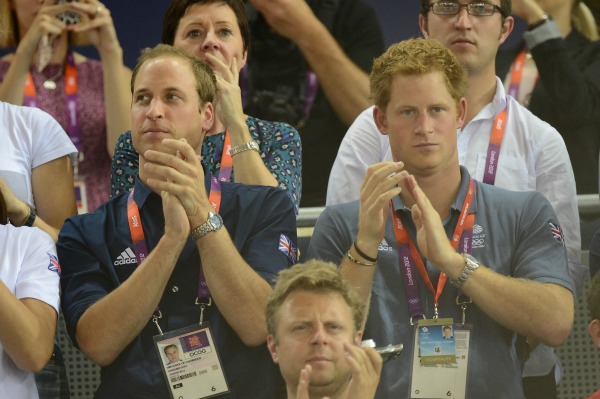 The glamour of the British royal family has been evident throughout the last week of the Olympic Games. But so has their down-to-earth nature.

“Both of us were slightly surprised with our grandmother’s secret hobby of parachuting,” Prince Harry told the BBC, speaking of the scene where the queen looks like she is parachuting with James Bond.

“We were kept completely in the dark about it, that’s how big the secret was,” Prince William added. “Harry got a sniff of a rumour on the night and the rumour mill was going into overdrive but in fact she did such a good performance that she’s been asked to star in the next Bond film. I’m thrilled for her.”

The family have been the ambassadors of these games because they royal family represents the United Kingdom in a lot of ways.

“The support of the British public is something else,” Harry told the BBC. “The buzz … is astonishing.”

Prince William also spoke about the other British citizens participating in the Olympics Games.

“It’s been fantastic to see the volunteers going around with a smile on their face, greeting people and doing such a good job,” said William.

The elder prince, who is a flight lieutenant in the Royal Air Force, also mentioned the military’s help with the Summer Games.

“I think they’ve been fantastic and everywhere we’ve gone they’ve looked extremely smart and like they’ve enjoyed themselves,” William told the BBC. “They’ve obviously been doing their job extremely well.”

The family has a personal connection with the games too. Zara Phillips, the cousin of William and Harry, won the first Olympic medal by any British royal in this year’s games. She was a member of the British equestrian team and won silver.

“We as cousins are very, very proud, it now explains why we never get to see her because she is always riding,” Prince Harry told the BBC.

The cousins showed that no matter how important their country is to them, their family is the most impotant thing.

“Asked what their favourite moments were, William said Phillips’ medal was the most emotional and most involved for him because of the personal connection,” said the BBC.