Screenwriter Vanessa Taylor admits to being more than a little nervous the first time she met three-time Oscar winner Meryl Streep. What’s it like to write for such a big star? SheKnows sat down with Vanessa to find out! 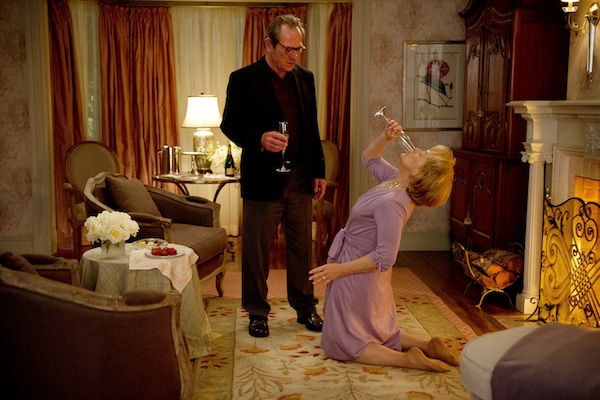 In the funny, yet deeply romantic film Hope Springs, Meryl Streep and Tommy Lee Jones play a couple who’ve been married for over three decades. Though in love, they aren’t making much of it these days. In order to revive the spark, they go to intensive marriage counseling with a therapist played by Steve Carell. Both characters take big emotional risks. We asked the screenwriter what inspired this unconventional love story.

“I had been thinking about the question of when distance enters a relationship,” said Taylor, who was curious to know if a couple could be close and intimate again. She said, “I wanted to know if it was possible — if I could conceive of it.”

And conceive she did! Obviously, the Hope Springs script was good enough to attract the crème de la crème of acting talent. But why would a writer who’s young and dating want to write a movie about characters so much older than herself?

“I thought having people who were married for a long time was the best way to tell the story,” Taylor said. “It was easily understandable how a couple who’s been married 30 years could come to find themselves distant and living separate lives.”

Taylor admits that she liked the idea of telling a love story within a marriage. But we also had to ask for details on working with the grand dame of acting, Meryl Streep. 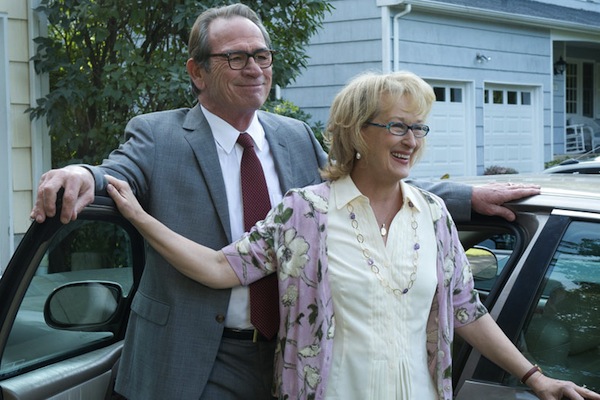 “It was surreal and beyond inspirational,” Taylor confesses and adds that every writer should have the experience of having Meryl Streep say their words.

But it was also nerve-wracking for the writer, given that she’s such a huge fan of Streep.

“I thought I was going to faint the first time I met her, I was like Albert Brooks in Broadcast News with the flop sweat,” Taylor said.

Luckily, Taylor was able to get over being star-struck and didn’t faint or sweat quite as much the next time she saw the amazing actress.