Heidi Montag is trying to make a Hollywood comeback — and she’s trying to distance herself from the spectacle she and husband Spencer Pratt made on MTV’s The Hills. Do you believe her, or is she just blowing smoke? 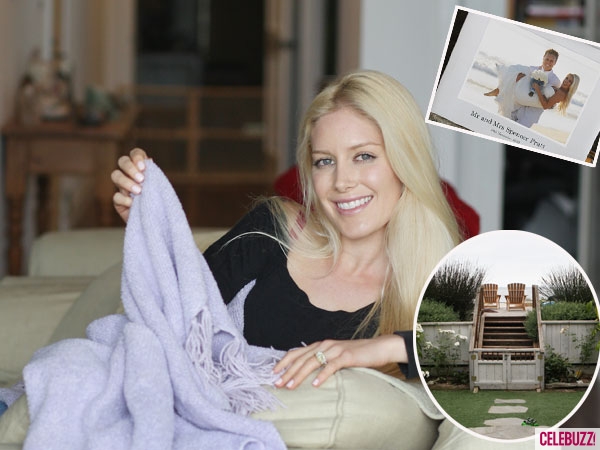 Think back to 2007 and 2008: MTV’s The Hills ruled the airwaves, largely thanks to the constant headline-grabbing antics of Heidi Montag and her husband, Spencer Pratt. Then she turned into FrankenHeidi with her 10 plastic surgery procedures and failed pop career.

And then they just disappeared.

The once-rich couple spent away all the cash and had to move in with Pratt’s parents in order to survive. Now, they’re back — and Montag is trying to distance herself from her controversial past.

“I’ll never be able to be Heidi Montag, a normal person, again,” she told Celebuzz in an exclusive interview. “What [I’ve] done is something that you can’t undo and that’s what I didn’t realize. It’s a very different life. It’s like a lifelong sentence.”

These days, Montag said she’s been doing a lot of soul searching.

“I’ve been… getting re-grounded and getting back to a normal life and figuring out what my goals and aspirations are,” she added. “[Spencer and I] are not those people on The Hills anymore. We never were. It was more an acting role than anything else. But we played those character[sic] and when you start playing a character you kind of start to become more of a character.”

As for her plastic surgeries? She doesn’t go as far to say she regrets getting them, but she wouldn’t repeat the experience.

“I wouldn’t do it again, that’s for sure,” Montag told Celebuzz. “It was a lot more than I could have expected.”

Why is Montag talking now? She’s trying to get back into the business and has projects on tap for 2013.

“Unfortunately I can’t say what they are yet, but they are very different from anything I’ve done so I’m very excited. I don’t think I’ll ever go on that scripted reality drama type of thing again but definitely this has huge potential for long-term lifetime career.”

Read the rest of Heidi Montag’s interview at Celebuzz >>

Does Heidi Montag deserve another go in the spotlight?