The same day U.K.’s The Globe and Mail named Phillips Idowu among the six athletes to watch at the Olympics (along with the likes of superstar Usain Bolt), it looks like there may be no watching the standout triple jumper. Period. He’s gone MIA before Tuesday’s triple jump prelim. 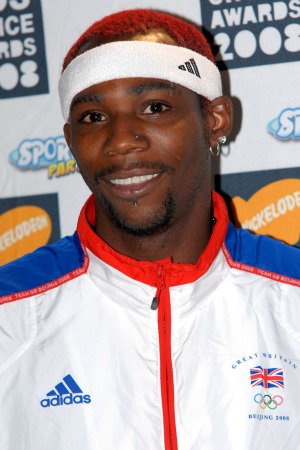 British gold medal contender in the triple jump, Phillips Idowu, has yet to check in to the Athlete’s Village, and has yet to tell even his coach where he’s at.

According to London’s Evening Standard, Idowu has had no contact with Aston Moore for two weeks.

Time is running out for U.K. athletics leadership to find one of the biggest stars of the London Olympics; triple jump prelims start Tuesday, with finals slated for Thursday.

The same day The Globe and Mail named Idowu ones of its six “athletes to watch,” it also reported that Idowu, who won a silver at worlds, cut off contact with Coach Moore after leaving the team’s training camp in Portugal.

Last anyone knew of his whereabouts, Idowu was working with a private physiotherapist on a leg and hip injury.

“I find it bizarre, Aston finds it bizarre,” U.K. Athletics head coach Charles van Commenee said. “We have to deal with the situation as it is presented to us.”

“First, he has to show up, and we don’t know when he is going to show up,” coach continued, by way of Evening Standard. “When he shows up, where he sleeps, we have no idea.”

The missing athlete has also been slammed as a distraction to the U.K. team.

Wow. Some may find the lack of empathy from fellow team members a little bizarre.

Yahoo Sports explains some of the perceived insensitivity here by noting that Idowu has a history of meltdowns and personality clashes, starting with his feud with British athletic officials (like Coach Commenee).

Idowu has a reputation, apparently, for erratic behavior — and for being a no-show at mandatory training events.

Being a no-show at a training camp is one thing. A no-show at the Olympics, when you’re a world favorite? That should be cause for alarm — not just ire on the part of disgruntled teammates and sports officials.