Rumpelstiltskin and the Evil Queen had better watch out. Once Upon a Time has brought a new villain into the fold. The ABC fantasy has cast the role of Captain Hook, Peter Pan’s archenemy. 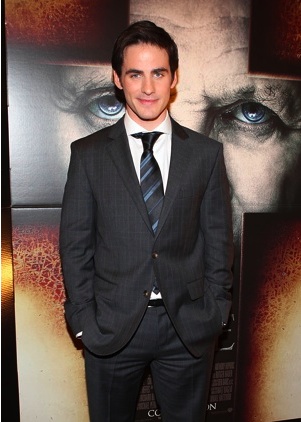 Last month, the cast of Once Upon a Time visited the mega-convention, San Diego Comic-Con. While there, they teased the audience with footage featuring a new character set to debut this season.

The figure’s face was shrouded, so the identity was a mystery. But by the end of the video, he reached for a very telling object — a hook!

At that point, fans knew what was next. Captain Hook is heading to Storybrooke. According to TVLine, Irish actor Colin O’Donoghue has been cast in the pivotal role.

Hook is described as “a handsome, fearsome and confident pirate ship captain.” He “relishes every challenge and never backs down from a fight, whether the reward is power, riches, or women.”

“He possesses the meticulous style and old-school manners of a proper gentleman, but beneath that veneer lies a vindictive enemy who will not rest until all his enemies have been defeated… and humiliated.”

The dynamic of Storybrooke has drastically changed due to the events of the season finale. Mr. Gold (Rumpelstiltskin) brought magic back, which means both he and Regina (the Evil Queen) could do some serious damage. They’re already battling for villain of the year, so how will Hook change things?

O’Donoghue is a young actor with a few notable credits including The Rite and The Tudors. But for the most part, he’s unknown to U.S. audiences. We’re psyched to see his new and exciting take on such a dangerous character.

What do you think of the new Captain Hook?