Robert Pattinson has banned Kristen Stewart from attending the premiere of his latest flick. Will she try to crash the party? 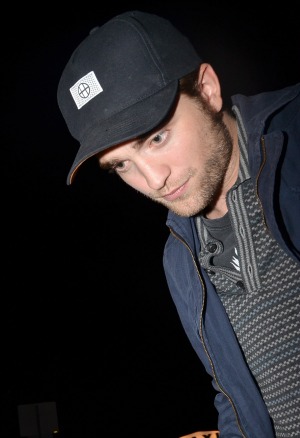 Robert Pattinson is afraid that Kristen Stewart will be a crazy stalker ex-girlfriend and show up at the premiere of his upcoming movie Cosmopolis — so he has had her totally banned from the event!

According to an insider, the scorned Pattinson doesn’t want his cheating ex to show up at the party in a misguided attempt to talk to him.

“Despite the fact Robert and Kristen have been communicating by cell phone, she will not be at the Cosmopolis New York premiere,” a source told RadarOnline.

“Security was briefed and they were told that Kristen is not allowed anywhere near the red carpet or the after party. The decision was made because Robert just doesn’t want to see her. There were fears that she could use it as a chance to talk to him in person and that sort of drama is not wanted at the premiere.”

“There’s also the fact that if she did attend, it would distract from the film premiere itself and the movie bosses are not interested in that sort of publicity. It’s going to be Robert’s first public appearance since the scandal broke — and they really want to make it less of a media circus than it already will be,” said the source.

Looks like you’ll have to wait until the premiere of The Twilight Saga: Breaking Dawn Part 2 to see their dramatic red carpet reunion.

Read on for more Robert Pattinson

Despite heartbreak, Robert Pattinson to do publicity for new movie