Even NBC has been floored by the ratings for the London Olympics. Everything from the opening ceremony to the 400-meter showdown between Ryan Lochte (we’ll get to him later) and Michael Phelps has shattered records for viewers. But one group of new viewers sticks out: teen girls. 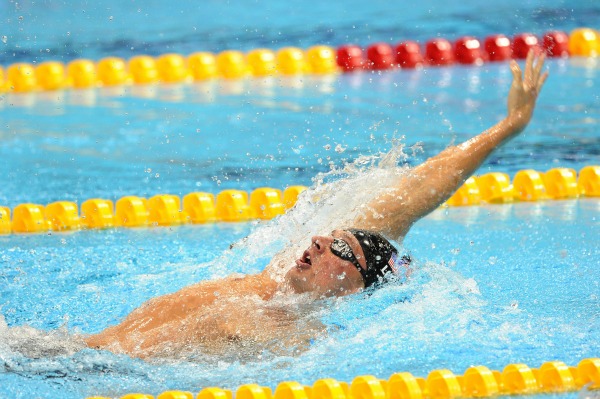 It’s no secret the Olympics have catered toward the housewives in the square states when it comes to viewing public. But, NBC has been in for a surprise this go-around, thanks to its generating new fans among the Twitter crowd. And those fans are overwhelmingly young girls.

ESPN, by way of Colin Cowherd and his The Herd show, dissected what’s behind the more than sixty percent surge in teen girls watching the Games (among teens as a whole, ratings are up nearly 30 percent).

Aside from the economy and record-breaking heat keeping more people at home on their sofas, Cowherd also noted young tweeps are tuning in courtesy of less their love for the peacock network and more their hate for its tape delays and spoiler snafus.

Indeed, NBC is reporting Friday morning that its digital traffic and engagement for this year’s Games has been “unprecedented.”

Going down the line, everything from total streamed videos to page views is up by triple digits over 2008’s Beijing Games.

But that still doesn’t explain how teen girls’ viewing habits are so outside the norm this year.

After all, Cowherd noted Friday morning that, while ratings among girls are up more than 60 percent, among teen guys, the increase isn’t even in the double digits.

Cowherd, a female ESPN colleague and anyone with good vision, attribute this phenomenon to “The Lochte Effect.”

Add one gorgeous, extremely confident medalist into the Games mix — courtesy of one Ryan Lochte — and you have ratings gold among the tween girl set!

Maybe NBC should be sending Lochte, the source of every girl’s fantasy, a thank-you card or something, because it looks like for the first time in the recent history of the Games, the peacock may break even (or even post a profit) instead of hemorrhaging millions of dollars in money that could have been invested in improving the quality of their programming lineup for the rest of the year.