For two weeks, Usher and ex-wife Tameka Foster appeared to put their differences aside to support the R&B king’s stepson, Kile Glover, as he fought for his young life in a Georgia hospital. Less than a week after the boy’s funeral, it’s a different story. Foster now claims the star is faking grief over his stepson’s death to get sympathy from fans … and the court. 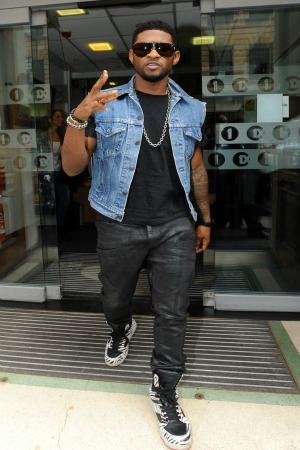 Usher Raymond and the woman formerly known as Tameka Foster-Raymond, have been embroiled in a custody battle over their two children. Most recently, Usher asked the court to delay the next custody hearing in light of the obvious — his 11-year-old stepson Kile Glover’s tragic death following an accident involving a personal watercraft. But the request is not sitting well with Tameka.

Tameka, by way of documents obtained by TMZ, claims his request — that the proceedings would cause “unnecessary stress and strain” for the family — is “bogus.”

She has asked that the hearing, set for Aug. 13, go on as planned, claiming that Usher’s request to postpone it is nothing more than a “transparent sham” to get sympathy from the court.

What’s more, Tameka also claims that after their split in 2009, Usher didn’t care about Kile, the son from her marriage to Atlanta clothier Ryan Glover.

“(Usher) visited Kile in the hospital only once,” according to Tameka, during his 15 days on life support.

Tameka also claims she begged her famous ex to tweet, “Please pray for Kile,” but he refused — instead posting a photo of his own breakfast featuring the caption: “Breakfast of Champions.”

Tameka has said resolving this heated custody battle is the only way for her to move on.