Less than a year after giving birth, the wife and mother is embarking on two new major goals. 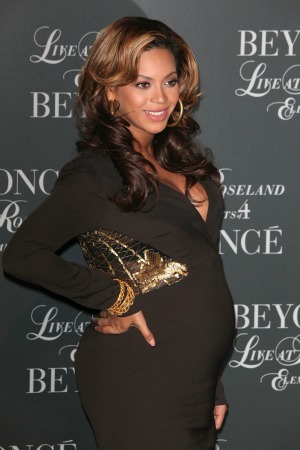 Beyonce has shown she is interested in all aspects of the entertainment industry. So the next logical step would be to turn the camera the other way around.

According to the Los Angeles Times, Beyonce Knowles and her agency have been shopping around a documentary about the singer’s life.

“According to a person familiar with the package who was not authorized to talk about it publicly, the movie is as a mix of music and personal study, blending concert footage with confessional interview,” said the newspaper. “Knowles not only stars in the project but is directing it, and will also serve as a producer. About 20 minutes of footage has been shown to distributors.”

Beyonce’s career and life have had a busy couple of years. She released a new album last year and had a baby in January 2012 with her husband Jay-Z.

“Although she’s attached to star in a potential remake of A Star Is Born, Knowles also has had a taste of the nonfiction film life,” said the LA Times. “In June 2011, MTV aired Beyoncé: Year of 4, a ‘mini-documentary’ that showed the artist taking time off and then returning to the recording studio.”

The artist documentary is not new. Katy Perry released her own last month, Part of Me, which has already grossed almost $25 million.

Beyonce also plans to team up with the United Nations this year for World Humanitarian Day, which takes place Aug. 19.

“We all see the headlines and we think what I can really do to help,” Beyoncé told BET. “World Humanitarian Day is an opportunity for all of us to work together to make a difference. This is our time to leave our mark on the world and show that we were here and we care.”

The effort is not completely without self-promotion though. The singer will be shooting her video for I Was Here at the United Nations and premiering it on Aug. 19 in front of a crowd at the UN.