Someone called 911 Wednesday night claiming a kidnapping and shooting, but the actress was on the other side of the country. 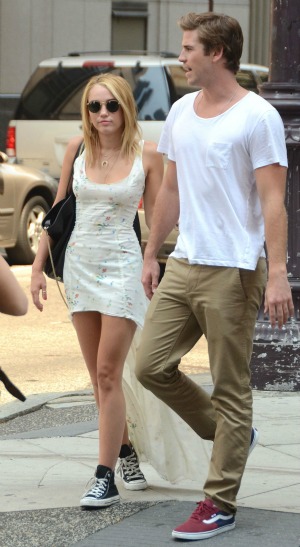 Just before 7:00 p.m. Wednesday night, Los Angeles police received a 911 call from a person saying there was a kidnapping in progress as well as shots fired.

When they arrived, they found out the home belongs to Miley Cyrus.

But that wasn’t the biggest surprise of the night. Not only was no one home, but the call had been a hoax.

“After approaching the house with guns drawn, police determined no one was home and that it had been a false call,” said Newsday.com. “Law enforcement officials said it was a possible ‘swatting,’ in which pranksters call in fake emergencies in order to have a SWAT team converge on a location.”

“We believed there was a crime in progress,” a police spokesperson said, according to MTV. They added that they are investigating the situation to see who might have made the phone call.

Cyrus usually shares her thoughts on most topics, but her Twitter has been uncharacteristically quiet on this one. She did, however, post other tweets since the incident, making many think this hasn’t been on her mind. Although the police report includes the location of Cyrus’s home, so it’s possible she may not want to publicize that.

“Over the past week, Miley has been spotted hanging out with her fiance, Liam Hemsworth, on the set of his film Paranoia in Philadelphia,” said MTV.

Cyrus has been working on an album and is hopefully planning her wedding (although she has said she doesn’t want to be married until that album is finished), so it’s understandable that this may not be the most important thing on her mind right now.

Newsday.com said that making a false 911 call could have jail penalties of up to a year in jail.