Just as she is finally healing from her 10 procedures, Montag said if she had the chance to do it again, she would have stayed who she was. 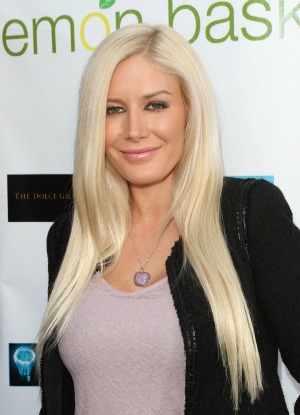 In 2009, Heidi Montag made headlines when she underwent 10 plastic surgery procedures in one day.

But three years later, the former Hills star is saying she wouldn’t do it again, although she doesn’t quite come out to say that she regrets anything.

“I wouldn’t do it again, that’s for sure,” Montag told Celebuzz. “It was a lot more than I could have expected.”

After the surgeries, Montag was featured on the cover of People magazine with the headline “addicted to surgery.”

The 25-year-old said at the time she was going through some personal changes.

“I really hate talking about it now because it was so long ago,” Montag told Celebuzz. “I was a much different person back then to who I am now. I didn’t realize how much of The Hills — and going through that — would define who I am.”

After the surgeries, Montag spoke about what she thought of her new look, and body.

“I feel really thankful that it all came out so well — it could have been really disastrous,” she said, according to TV Guide. She added that she is just now feeling completely healed and her scars from the surgeries have all disappeared.

Montag has, for the most part, stayed away from the television life since the surgeries. In 2011 she starred on a reality show that had celebrities starting restaurants, called Famous Food. The show was on VH1 but she was only on the show for that season.

Montag is now just looking forward to the future. She doesn’t say whether or not that will include being in the public eye.

“I’m really looking forward to the next phase in my life,” she said. “I know I’ll never be able to get away from a lot of it, but I won’t give up trying to prove I’m more than just that.”