Seinfeld’s new web series premiered on July 19, with plenty of backlash from the other side of the pond. 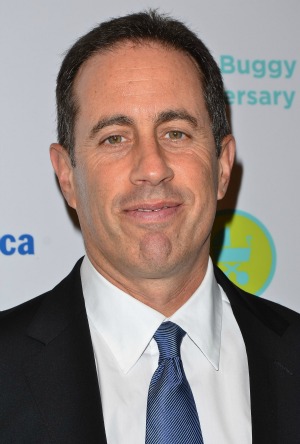 Since the end of his show in 1998, Jerry Seinfeld has had a lot of time on his hands. So, July 19 he officially launched something he has been wanting to do for a while, a new web series.

“Jerry Seinfeld’s new web series, Comedians in Cars Getting Coffee, has been touted as the realization of his lifelong ambition to make a show about nothing,” said Soraya Roberts with the Daily Beast. “In the first episode, which aired on July 19, Larry David joins his Seinfeld co-creator for a jaunt to John O’Groats in a 1952 Volkswagen Bug.”

However, after The Guardian saw the episode, they likened it to a similar series by a British comedian.

The Independent went so far as to call it a “rip-off” of Llewellyn’s series.

“Llewellyn launched Carpool in April 2009 on iTunes, a series of 10 to 30-minute episodes in which he alternates between talking to comedians like Stephen Fry and to scientists like physicist Brian Cox as they drive around in his hybrid car,” said Roberts.

Americans may not understand what the big deal is because many have not seen Carpool. But Roberts says that because Seinfeld is not very popular in the UK, many Brits are very upset the comedian would rip off one of their own.

“[I got] literally thousands of tweets from people going, ‘Jerry Seinfeld stole your show! Sue him! You’ll be worth millions!” Llewellyn told Roberts.

Roberts says that Llewelyn then posted a comment on his Google Plus page because of all the comments he had gotten.

“While it’s clearly exactly the same idea, shot in an almost identical way, it’s hard to suggest it’s a rip off,” he said.

Seinfeld’s spokesperson told Roberts that the comedian is “not at all familiar with” Llewellyn’s series.

New episodes of Comedians in Cars Getting Coffee come out every other Thursday.