Ryan Lochte might not have time for a girlfriend, but he does have time for short-term relationships! Find out what his mom had to say about his sexual prowess. 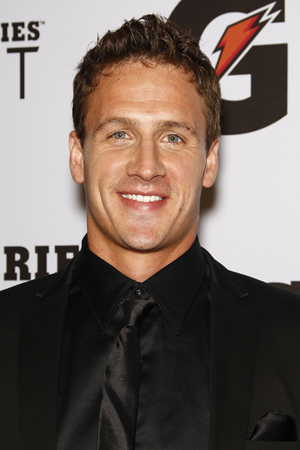 Moms say the darndest things. Just ask Olympic champ Ryan Lochte: His mom, Ileana “Ike” Lochte, told reporters that her son eschews long-term relationships for much shorter relationships — the ones that last for one night.

“He goes out on one-night stands,” she told Matt Lauer on NBC’s Today show. “He’s not able to give fully to a relationship because he’s always on the go.”

Now, it might seem like she’s encouraging her son’s promiscuity, but it’s more likely she just doesn’t quite understand how that phrase fits into our culture. Plus, she’s from Cuba and English is likely her second language.

At least we know which parent gave Ryan his charming personality. It seems like Ike is more than content to keep her son to herself, based on some other comments she made about her son’s relationships.

Not right now, at least. The swimmer — who likes his women in his button-down shirts and not much else — said he’s glad he doesn’t have a girlfriend during these Games, especially since “70 to 75 percent” of athletes have sex with each other in Olympic Village.

“My last Olympics, I had a girlfriend — big mistake,” Lochte told ESPN The Magazine before the Games. “Now I’m single, so London should be really good. I’m excited.”

Basically, he’s going to come back to the States satisfied… in more ways than one.