As we eagerly anticipate the Aug. 10 release of Will Ferrell’s new hilarity feast, The Campaign, it’s difficult to believe there are those who don’t like Will Ferrell. That just seems… wrong. Here are just a few reasons to love Will Ferrell, for those of us who can’t image a Will-free world, offered with the lofty hope of converting a few Will haters… 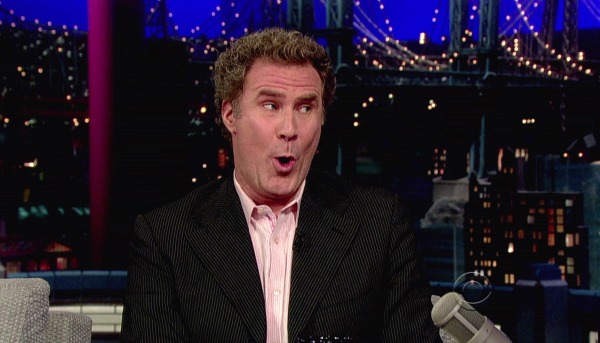 There is no denying Will is one smooth lady’s man. His hair is a character in and of itself in Anchorman: The Legend of Ron Burgundy. And who can forget Ron Burgundy’s seductive musings on whale vaginas? Who else but Will’s legendary Ron Burgundy can play a jazz flute with such flair and possess many leather-bound books in his apartment that smells of rich mahogany? You keep it classy, Ron Burgundy.

We love Will, but let’s be real here. He has a terrible body. Just terrible. But that doesn’t keep him from stripping down every chance he gets to reveal his soft midsection and funky chest hair. We should be repulsed, but Will’s ability to be at one with his puffy self and make fun of it is endearing.

Some people find nut humor sophomoric and overdone. Those people are called losers. Ha, ha. Just kidding. But seriously? Lighten up, people. It’s a victimless crime. When Will’s Step Brothers character, Brennan, decides he’s going to exact his revenge against his stepbrother by rubbing his meat and two veg on Dale’s drum set, well, let’s just say we don’t trust people who don’t think that’s funny. The truth of the matter is, we’re all people. We all have questionable bodies and body parts that are, simply put, gross. Don’t kill messengers like Will who remind us how timeless toilet and genital humor are.

Will’s characters have proven time and again that you do not want to lock intellectual horns with Ferrell the Great, or he will take you down. In The Other Guys, instead of just dismissing his partner’s absurd jeer about how he wishes he was a lion so he could swim out into the middle of the ocean to eat Will (assuming Will was a tuna), he launches into a rant about how implausible that threat really is. Great Oden’s Raven — who thinks of that stuff?

At 6’3”, Will Ferrell has some sick dance moves for a big guy — and we do mean sick. Whether he’s doing a Night at the Roxbury sandwich on someone, performing the perfect cheer or rocking out in a midriff-baring shirt, this skilled groove-master always gives us dance fever and the only prescription is more cowbell.

Still not convinced? Check out this gag reel from Anchorman. If it doesn’t sway you to Team Ferrell, have your funny bone checked out by a professional.