The prize money that comes along with winning a medal will result in a large bill from the U.S. government when the athletes return home. 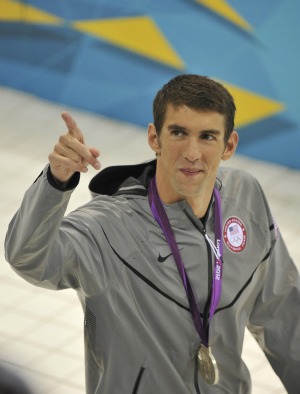 Winning a medal at the Olympics may not be all it is made out to be. It looks like the prize also comes with a hefty price tag. Each athlete who wins a medal will be facing a bill from the IRS when they return.

“It’s not the value of the medal itself that will require a separate line on this year’s tax returns,” said Yahoo, “it’s the tax on the prize money that comes with a gold, silver or bronze.”

“The Weekly Standard, a conservative news magazine, ran the numbers and tabulated that the tax bill on a gold is $8,986, silver is $5,385 and bronze is $3,500,” said Yahoo! (of course that changes depending on how many total medals you won, and how much you earned that year altogether).

So, if Missy Franklin doesn’t win any more medals, she will owe the IRS around $14,000 when she returns home at the end of the London games. Yahoo said she could owe up to $30,000 though if she keeps winning.

We don’t even want to figure out how much Michael Phelps paid when he returned home from the 2008 Beijing Games.

“Our tax code is a complicated and burdensome mess that too often punishes success, and the tax imposed on Olympic medal winners is a classic example of this madness,” Florida Senator Mark Rubio told Yahoo.

Yahoo also reported that there are exemptions in the law. For instance, military members who are deployed in combat zones are exempt from paying income tax while deployed.

Missy Franklin will find out tonight how much more she might owe the United States government upon returning home.