Gold-medalist Missy Franklin hopes for her second gold medal tonight. This time, she is doing it with her team in the 4×200 relay. 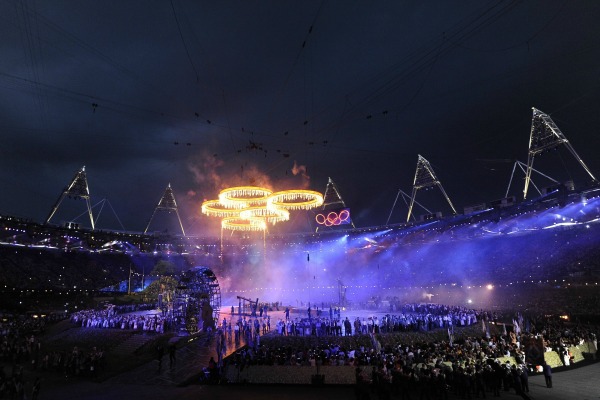 Just one day after competing against each other, United States teammates Missy Franklin and Allison Schmitt will pair up tonight in the women’s 4×200 relay.

Franklin has already won the gold medal in the women’s 100-meter backstroke and hopes to win her second gold tonight.

Franklin and Schmitt will be joined by swimmers Dana Vollmer and Shannon Vreeland. Vollmer has also already won a gold medal in 2012’s London Games. According to the Yahoo! Sports, she is also the training partner of Michael Phelps.

Men’s swimmer Michael Phelps and the rest of the U.S. men’s swimming team won the gold medal in the men’s 4×200 relay on Tuesday night.

Phelps and teammate Ryan Lochte also return to the pool tomorrow night in the 200-meter individual medley. But this time, they will once again be competitors. And this will be quite the competition.

This will be the second time Lochte and Phelps will be competing during the London games, a competition Lochte won last time. Phelps may have an advantage this time, as Lochte has another race, the 200-meter backstroke, just 30-minutes before the medley.

However, if he does well, the races could lead to a great birthday present to Ryan Lochte, who turns 28 on Friday.

Missy Franklin will also be competing tomorrow in the 100-meter freestyle. The 17-year-old swimmer is competing for a total of seven events in this Olympics. Tonight’s event will be her fourth.

With three medals out of those four events, Franklin is sure to be the new hot name for the future of United States swimming.