HBO has a thing for the ladies. The network will start the new year with two of its most talked about comedies: Girls and Enlightened. They’ve confirmed that both shows will return in January with 10 episodes each. 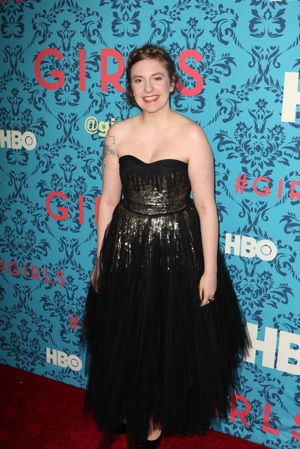 Wednesday HBO announced the return of two of its critical darlings: Girls and Enlightened. Both have been renewed for second seasons and are expected to return January 2013.

Enlightened stars Laura Dern and centers on an ambitious executive at a global conglomerate, who returns to her fractured life after a humiliating public breakdown.

After the debacle, she’s determined to lead a more enlightened existence. Unfortunately, her noble intentions only create more drama, wreaking havoc on those around her.

The first season of Enlightened wrapped in December and secured Dern a Golden Globe nomination for best performance by an actress in a television series — comedy or musical. The show also stars Mike White, who co-produces, writes and directs the series.

Girls has been one of the most talked about new shows of the year. Created by and starring Lena Dunham, Girls takes a comic look at the various embarrassments and rare triumphs of a group of women in their early twenties. Dunham is joined by a cast of relative newcomers including Jemima Kirke, Allison Williams, Zosia Mamet, Adam Driver and Alex Karpovsky.

Last month, Girls was nominated for five Primetime Emmy Awards, including outstanding writing, directing and lead actress in a comedy series — all for Lena Dunham. Not bad for a twentysomething.

Are you ready for more Girls and Enlightened?