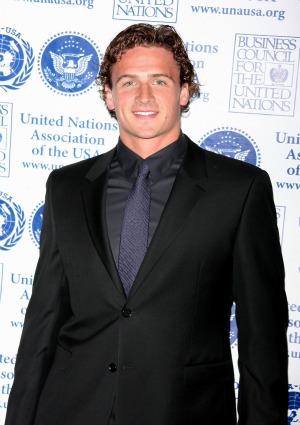 Olympic swimmer Ryan Lochte has been busy winning medals and making women swoon. But he took time out of his packed schedule to discuss what makes him swoon about the ladies.

The 27-year-old “Hottest Guy of the Olympics” told Women’s Health that he thinks women look hottest in one of his button-down shirts.

Yawn. That’s not such an exotic fantasy, right?

But then Ryan went and surprised us.

His “second sexiest” piece of clothing on a woman? White jeans.

Yes. White. Jeans. This sounds like a fashion faux pas just waiting to happen (particularly after Labor Day!). It also sounds like it has all the makings of a nightmare story involving a.) tween girls and their first period or b.) ANY product or substance that isn’t white — from salsa to coffee to chocolate.

If he had one “superpower” (aside from stellar swimming skills), it would be to channel the sweet, charming Mel Gibson in What Women Want. You remember? The character who reads “women’s minds.”

“It’s impossible to know what they’re thinking,” Lochte reasoned, when asked about what confuses him about the opposite sex.

We can guess what women are thinking about. Two words: Ryan. Lochte.