Now formally charged with 24 counts of first-degree murder and 116 counts of attempted murder, James Holmes faces a severe sentence. Although he no longer poses a threat to the public, his mere presence reminds us others like him lurk in the shadows. Could a mass murderer be sharing your suburb? Be on the watch for these warning signs. 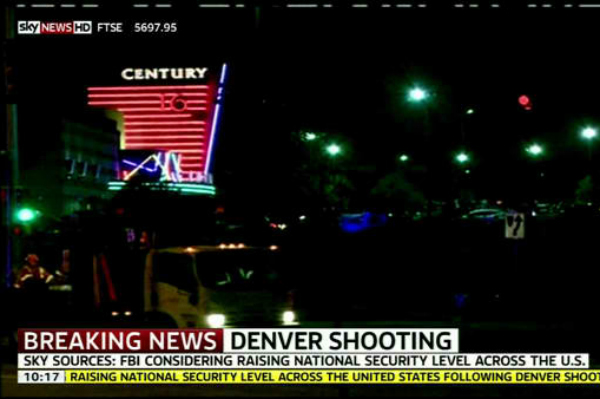 Prior to the Aurora movie theatre massacre, Holmes — a lifelong honor student — had been a Ph.D. candidate studying neuroscience at the University of Colorado. What would make such a seemingly smart young man commit such an unthinkable crime? We may never know. What is known, however, is that over 90 percent of mass murderers like Holmes boast an extraordinarily high IQ. Perhaps the most publicized example of this phenomenon is “Unabomber” Ted Kaczynski, whose IQ tested at genius level when he was only in fifth grade.

Despite being extremely smart, many mass murderers live on the outskirts of society. They don’t quite fit in — they simply lack the ability to relate to others, which frequently leads to poor performance in school or at work. Mass murderer Seung-Hui Cho committed the largest campus shooting to date in 2007 when he fatally shot 32 fellow students and wounded 25 others at Virginia Tech. In the aftermath, it came to light that several professors had previously expressed concerns about the sullen loner who often disrupted class. Holmes, likewise, has been portrayed as a quiet outcast.

In 2009, George Sodini walked into a Pennsylvania fitness center and opened fire. Before taking his own life, he took the lives of three women and wounded nine others. Sodini’s blog, which was examined in the ensuing investigation, revealed an intense anger towards women, whom he felt didn’t give him the time of day. Like Sodini, many mass murderers kill for “revenge.” They target those they blame for their problems: Family, coworkers, even specific subsets of strangers. They often openly chronicle their animosity, as Sodini did, by talking or writing obsessively about being victimized or disrespected.

Overt, irrational rage against authority figures

While many people express distrust or displeasure with authority figures, mass murderers can be completely consumed by their hatred towards members of the establishment. In April of 2009, Jiverly Antares Wong entered the American Civic Association Immigration Center in New York and began gunning people down, ultimately killing 13 and wounding four. Several days later, a local TV station received a letter from Wong postdated before the attack. In it, he directly blamed the shooting on an undercover police officer who Wong claims harassed him. Coworkers say he also, at times, “joked” about assassinating the President.

Unfortunately, there is no cookie cutter package or set of warning signs that make mass murders preventable. While it’s true that most of these killers are single white males in their 20s or 30s, exceptions to the rule make it impossible to pinpoint a prototype. Each individual mass murderer indoctrinates their crime with their unique history and personal beliefs.

So how do we protect ourselves from such senseless attacks? The best rule of thumb is to trust your instincts. If you can’t shake the feeling something is wrong, chances are something is indeed wrong. And, if you think you know someone who may be a danger to himself or to society, always (always!) voice your concerns to someone — the life you save may be your own.

Is the Colorado shooting a wake-up call for us? >>