The presidential candidate was involved in the 2002 Salt Lake City Olympics, and he has recruited some of those athletes to help him out. 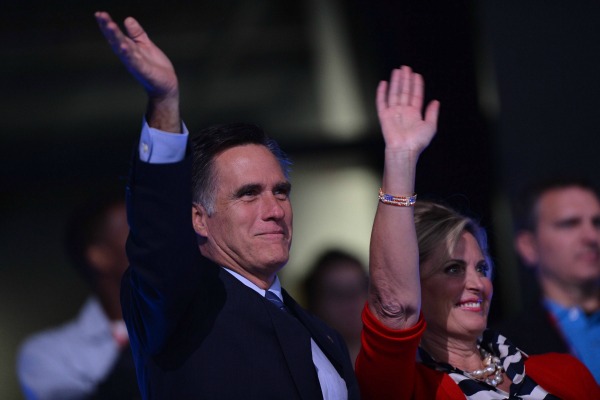 Mitt Romney was an important force behind the 2002 Salt Lake City Olympics, and that effort is coming back to help his 2012 presidential campaign.

“The ad by the pro-Romney super-PAC Restore Our Future, titled ‘Olympics,’ features Olympic gold-medal winners Kristi Yamaguchi, Jimmy Shea and Derek Parra,” said The Hill, “and is set to air during the 2012 London Olympics.“

The ad focuses on bringing the 2002 Olympics back from near-failure and created a successful event.

Kristi Yamaguchi won the gold in the 1992 Olympics but served as a “goodwill ambassador” for the Salt Lake City games.

“As an athlete, you’re training your whole life for that one moment at the Olympics,” said Yamaguchi in the ad. “Mitt Romney brought a huge sense of hope.”

Jimmy Shea competed in the 2002 games and took home the gold for skeleton.

“Mitt gets things done. He changed my life,” said Shea.

“[He] allowed athletes like me to realize our dreams,” said Derek Parra, who also appears in the ad. He took home the gold for the 1,500 meter speed skating event.

The ad, however, won’t be seen by all Americans. According to The Hill, the political action committee that created the ad only plans for it to run in key battleground states such as Colorado, Florida, Iowa, Michigan, Nevada, New Hampshire, North Carolina, Ohio, Pennsylvania, Virginia and Wisconsin.

Romney might feel lucky that the ad is not running in London, where this year’s games are being held. He started a bit of controversy when he arrived in the host country last week.

“There are a few things that were disconcerting: The stories about the private security firm not having enough people, supposed strike of the immigration and customs officials — that obviously is not something which is encouraging,” he said in an interview.

The British Prime Minister shot back at Romney, and his Olympic past, saying — “It’s easier if you hold an Olympic Games in the middle of nowhere,” referring to Salt Lake City.

“My experience with regards to the Olympics is it is impossible for absolutely no mistakes to occur,” Romney said later, presumably trying to smooth things out, according to The Hill. “Of course there will be errors from time to time, but those are all overshadowed by the extraordinary demonstrations of courage, character and determination by the athletes.”

Romney left soon after and traveled to Israel and Poland.

You can watch the ad featuring the Olympians here.