“We have lost a national treasure,” reflects Irish Prime Minister on the death of Maeve Binchy — the country’s most popular contemporary author. 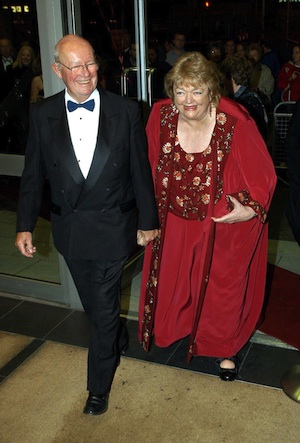 Celebrated Irish author Maeve Binchy died Tuesday at the age of 72. An extremely popular writer with over 40 million books sold worldwide, Binchy captivated readers with stories that usually centered on life in a small, Irish town with surprise endings.

The Associated Press as reported in Entertainment Weekly received a statement from Irish President Michael D. Higgins. “She was an outstanding novelist, short story writer and columnist, who engaged millions of people around the world with her fluent and accessible style.” He continued, “In recent years she showed great courage and thankfully never lost her self-deprecating humor, honesty, and remarkable integrity as an artist and human being.”

Maeve Binchy died from complications related to a brief and undisclosed illness. It is unclear if it is related to a heart condition diagnosed in 2010 . USA Today reports her time in the hospital for that illness inspired her popular novel Heart and Soul. Sources close to the family say she will be cremated Friday at a private service in Dublin, Ireland. She is survived by her husband, her brother and her sister.