Michael Jackson trusted Diana Ross with his children, so she will be weighing in on the new agreement. 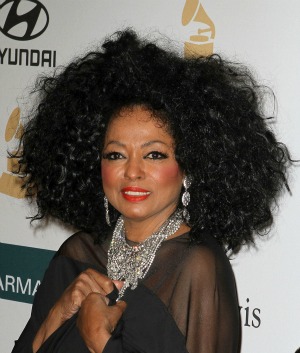 The joint custody agreement for Michael Jackson‘s children appears to be moving forward. The agreement would split custody for Prince, Paris and Blanket between Jackson’s mother, Katherine Jackson, and his nephew, TJ Jackson.

According to RadarOnline, Diana Ross will sign off on the agreement.

“Diana has no qualms whatsoever about the new custody agreement, she only wants what is best for the children,” a source told RadarOnline. “Diana knows that the children are old enough to decide who they want to live with and she defers to what they want. While Diana hasn’t been a big part of their lives because she lives on the East Coast, she is very fond of them.”

Ross was in Jackson’s will as the person to raise his children if his mother couldn’t. Katherine Jackson’s custody was taken away last week by a judge after she could not be reached.

Katherine Jackson’s attorney said that the joint custody agreement was agreed upon because she was dealing with stress over the daily requirements of raising three children.

“She is eager to simply enjoy her great relationship with these children, while deeding over some of the stressors that go hand in hand with being a guardian,” said Katherine’s attorney in a statement last week.

TJ Jackson is the son of Michael Jackson’s brother, Tito.

“The children have been embroiled in a vicious family struggle for more than a week now as Randy, Jermaine and Janet Jackson battle over the late King of Pop’s will, which they claim is fake,” said RadarOnline. “Michael’s nephew TJ has been a constant presence in the children’s lives and their attorney stated in court that they had no objections to him being appointed temporary guardian.”

Last Friday, both TJ and Katherine Jackson agreed to joint custody for the children. RadarOnline reports that the agreement will be submitted to the court this week and still needs to be signed off on by a judge.