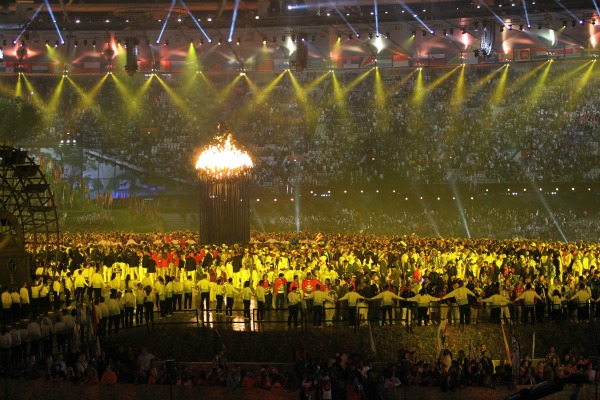 Twitter has reinstated the Twitter account of a journalist they suspended this weekend after he posted an email address of an NBC executive on his profile.

Guy Adams, who is an LA correspondent for the British newspaper The Independent on Friday tweeted — “The man responsible for NBC pretending the Olympics haven’t started yet is Gary Zenkel. Tell him what u think!” followed by Zenkel’s email address.

However, the email address is found in other locations online, meaning the policy should not applicable in this situation.

“That said, we want to apologize for the part of this story that we did mess up,” Twitter said in a statement entry on their site.

The company also said that they were the ones who went to NBC and suggested they file a complaint.

“Our interest was in protecting our executive, not suspending the user from Twitter,” NBC Sports spokesman Chris McCloskey told Reuters. “We didn’t initially understand the repercussions of our complaint, but now that we do, we have rescinded it.”

The account suspension has become such a big deal because Twitter and NBC “signed a non-financial partnership deal with NBC, which is owned by Comcast Corp , to curate Olympics-related tweets,” said Reuters.

“Twitter has tried to use the Olympics to present itself as a ‘second screen’ that offers interesting chatter to complement television broadcasts,” according to Reuters.

Adams’ comments hit NBC hard as criticism came in Friday about their decision to air the Opening Ceremonies in a delay, as well as editing out parts of the show that many people felt were important. They have continued to receive complaints about the decision to delay events so they will air in primetime in the United States.

“As of earlier today, the account has been unsuspended,” said Twitter in their statement released today, “and we will actively work to ensure this does not happen again.”